After installing a Savant smart home and whole house audio system in our client’s house years ago, and having loved the new found convenience and control that it gave them, they were ready to upgrade their legacy Niles audio system in their vacation home on the Jersey Shore.

They already had streaming speakers and in-ceiling speakers inside and outside the home, but the control features were limited and outdated. A brand new Savant system upgrade allowed for a more versatile, wireless audio system that can be enjoyed - and controlled - from anywhere inside the house or outside on the deck while enjoying the ocean air.

Out with the old, and in with the new.

With their older wired audio setup powered by Niles, the only way to control the system was via the hardwired control panel installed in five of the rooms. This was pretty standard in the early 2000's, before apps or smartphones.

The backbone of their new Savant system is a robust Wi-Fi network system by Ruckus, which vastly improves the speed and Wi-Fi coverage throughout the house — with no dead spots. To ensure the equipment is safe, we installed proper surge protection and a battery backup. If there's a severe summer storm and the power goes out, the battery will keep the system stable and intact.

Simple controls at their fingertips.

To make it easy for the client to operate their whole house music system — regardless of where they are on the property — we installed two 8" Savant touch panels in the first floor and second floor foyers. The system can also be controlled from an app on their smartphone or tablet, but the panels are there for quick, easy access to the system, and they're always charged. There is no "Where's my phone?!" or "Where's my tablet?!"

The system was designed so you can listen to different music streaming services around the house, like Pandora in the kitchen and Spotify in the family room. No need to load a CD like before or argue over who owns the playlist. 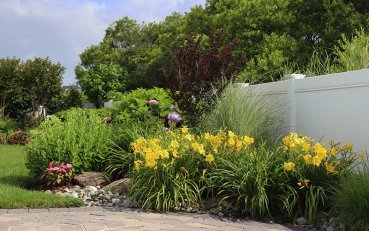 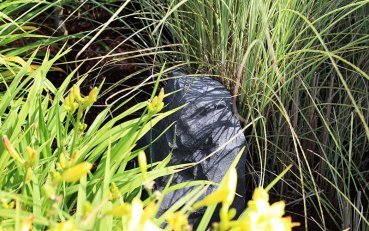 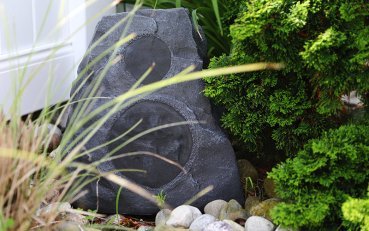 Bringing the music outside, wirelessly...

We added new outdoor rock speakers by the pool from Klipsch which blend into the landscaping and new Bowers & Wilkins AM-1 architectural outdoor speakers for the deck. To power both the new and the existing speakers, we installed an AudioControl 16-channel amplifier, which has individual bass and treble controls for each pair of speakers. This way, the client can get the best sound from each speaker in the different locations.

Interested in upgrading your home audio system? Learn more about our installation services here and contact us today!

Products used in this project