History of Its Name

Dione is pronounced "Dē-ōn." The name Dione has a connection to ancient Greek mythology and space (moon of Saturn). The word itself contains "One", further reinforcing that the Devialet Dione is truly an "all-in-one" unit. No sub needed. No satellites needed. It's one consolidated sound bar that gives you a fully immersive experience.  Lastly, the "O" is centered and stylized in the official logo. This refers to the center channel Orb on Dione and ultimately pays homage to Devialet's iconic Phantom speakers. 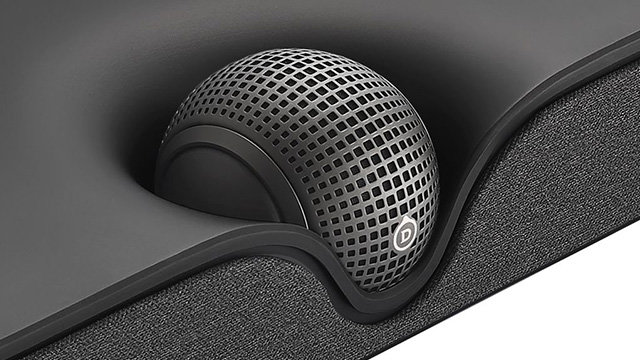 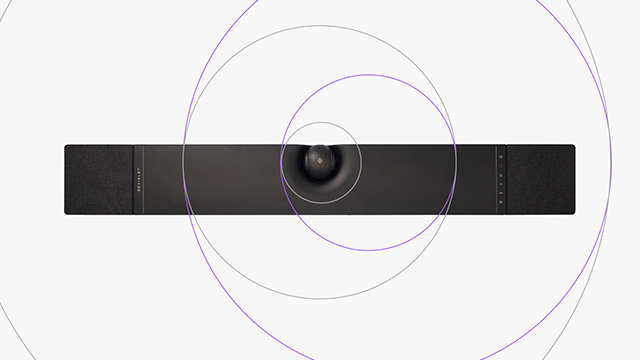 Okay, now buckle up. We're going to get in-depth with the core technologies that make the Dione tick. To start off, we have everything a sound bar should have. For Wireless options we have AirPlay 2, Spotify Connect, and Bluetooth 5.0. Really the big 3 options. For physical connections we have HDMI ARC and eARC, along with CEC. In case you aren’t familiar with CEC it stands for Consumer Electronic Control and is a standard being used with many devices that use HDMI to communicate back and forth. It's most commonly used to send power and volume commands to an audio device, so you can use your TV's remote to control the sound bar. And of course, with the 5.1.2 channel array, it supports both Dolby Atmos decoding and play back. Pretty much all of these features are standard on most high end sound bars, but what really sets the Dione apart are what they describe their 3 core technologies.

Number one is the new patented spatial audio processing, aptly named SPACE. This can be enabled or disabled in the app easily by pushing one button. Anything you listen to can be upscaled to 5.1.2 channel surround sound. If you are listening to something recorded in stereo, it will add a sense of height, increasing the sound stage vertically and horizontally. It will also add height channels to content recorded in standard 5 channel surround sound.

Number two is AVL: Adaptive Volume Level. This is always enabled and analyzes the signal continuously to boost dialogue and reduce bass on the fly. A lot of content on TV can be mixed in a way where louder effects like explosions or background music can override key dialogue, and this really helps.

Number three is ADE, which stands for Advanced Dimensional Experience. Devialet uses beam forming audio to accurately recreate directionality and produce a better sound stage. It’s also the reason for the 17 individual drivers. Some of the drivers are set up in pairs, with one being the primary driver and the second being used for beam forming. Beam forming is a really clever technique to focus sound waves in specific directions by using constructive and deconstructive interference.

Beyond those, Dione also has some core technologies found in Devialet's other products as well, like their ADH amp and SAM profiles. The Dione uses the exact same chipset that is found in the Phantoms. It uses a Class A pre-amp, and a class D power amp, measured at 950 watts RMS. Packing tons of power in small spaces is something Devialet has perfected. Same goes for their SAM profiles. Devialet has incredible amounts of profiles for hundreds of speakers that they measure and generate a DSP curve to get the maximum performance out of each driver. When designing the Dione, they measured each individual driver to design a profile that is active at all times.

One tidbit Devialet let me in on is with SAM engaged, you cannot blow the woofers of the sound bar, as it will limit the excursion to prevent them from ripping themselves apart.

The Dione has 17 individual drivers; comprised of 9 full range speakers and 8 high-excursions subwoofers. Together, the Dione dips as low as 24hz and up to 21khz. The 17 drivers are divided into 8 specific audio channels. A left, center, and right channel up front, along with the 8 subwoofers combined into a single Low Frequency Effect channel. A surround right and surround left channel, and two height channels. These drivers also will automatically reassign themselves to different channels depending on if you wall mount the sound bar or not, thanks to the built-in gyroscope. You can also manually select which orientation it is in using the App. The top two speakers become your left and right, and the front left and right become your height speakers. And that brings us to the Orb. A full range driver with two passive radiators that can be rotated to face forward, no matter the orientation. A pretty slick design choice. 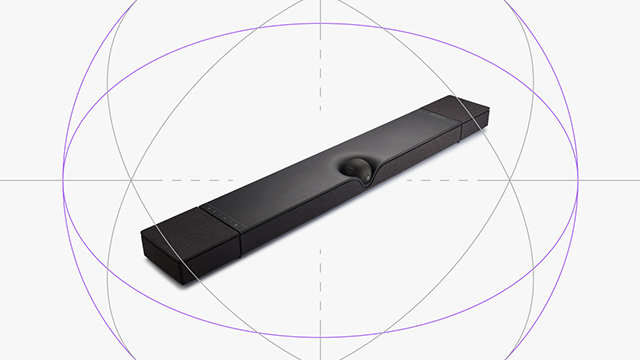 With its modern-stylistic design, 17 individual drivers, and pivoting center channel, Dione is sure to elevate the home entertainment experience for anyone looking for big, cinema sound in a lean and sleek package.

Make sure to watch our full video review above to learn more and see how we put it to the test.