In several respects, EVO is a game-changer.

The EVO represents a serious digital music player designed for everyone and anyone who enjoys music. It’s an integrated amplifier built to preside over and enhance your entire musical playing field. It comes by way of the sound gurus at the UK’s much-heralded Cambridge Audio. And yes, it’s beautiful to look at, sleek and modern in its build, and the 6.8-inch glass display is as clean, crisp, and elegant as any we’ve seen. (You can even change EVO’s look by swapping out the sides to choose from walnut or a formed matte black finish.)

But from the beginning, the real end goal for Cambridge was an all-in-one music player that would do two things. A) Satisfy the pickiest of audiophiles – as well as music lovers who don’t know an amp from an ohm. While B), make streaming anything, from anywhere, in any form… as quick and easy as tap-tap-play. 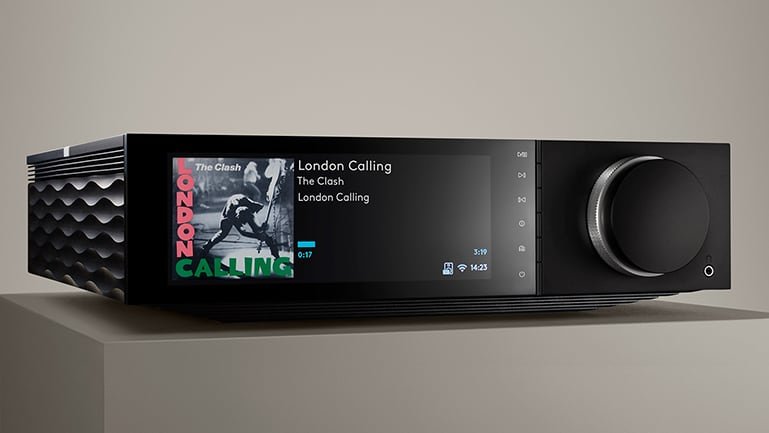 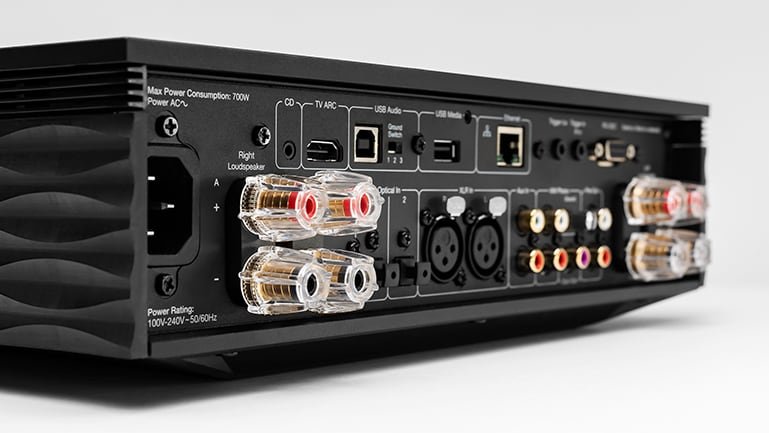 An all-in-one player for true music purists. (And Spotify fans, too.)

With EVO, a serious gear-savvy audiophile looking to stream a 24-bit / 192kHz high-resolution playlist via Qobuz to a pair of Focal Chora 806 speakers can do so with relative ease and outstanding results. This is also true for said audiophile’s little sister, who lives on Spotify and just wants to hear some Tay-Tay on her $20 earbuds without touching anything but her phone. EVO comes with Spotify built-in, so she just taps her playlist, and voilà:  "look what you made me do."  That level of all-in-one versatility helps make EVO unique and extremely accessible for all. No matter what streaming format you prefer, Airplay 2, Chromecast, Bluetooth, USB stored HiRes files, or Roon, the EVO is ready to take on the heavy lifting while letting you sit and relax to the music that moves you. But there’s a lot more to talk about here, so in no certain order:

EVO comes in two models: the EVO 75 and the EVO 150. Though both units take up the same physical footprint, the EVO 150 doubles wattage from 75 to 150 and expands the number of inputs available. Both models incorporate class-leading Hypex® Class D Amplification, and both are Roon-Ready.  (What is Roon? See this.) Both units have exceptionally accurate DACs optimized for stereo devices installed – the EVO 75 comes with the ESS Sabre 9016K2M and the EVO 150 comes with Reference level ESS Sabre 9018K2M. Both chips can handle PCM digital signal inputs up to 32 bit / 384kHz with precision, ultra-low distortion, and a wide dynamic range.

The EVO 75 and EVO 150 also come with MQA (Master Quality Authenticated) full decoders onboard, which is how EVO guarantees that what’s recorded in the studio can come out of your speakers. Through a process MQA calls digital origami, the MQA encoder “folds” high-resolution files down into smaller sizes more suitable for streaming – which, when unfolded for playing – doesn’t lose any information in the process. With MQA through Tidal, your high-resolution files maintain the higher-than-CD quality they were made for and the MQA file reveals the original master recordings. Short version: not so long ago, streaming true high-resolution/high fidelity music was technically out of reach. But hallelujah – that time is over. (Btw, only three people can certify, bit by bit, true MQA quality: the artist, the producer, and/or the copyright holder.)

As for maintaining MQA quality when sending and receiving via Bluetooth, say, for example, to wireless speakers or headphones, EVO employs Bluetooth APTX in & out for pure 24bit / 48khz audio. As long as the device on the receiving end is also aptX HD enabled, you will enjoy a “best-possible” Bluetooth experience.

You can still connect any of your trusty analog components, a CD player, a Tape Deck, a Reel to Reel, or Turntable to the EVO. You can also make your TV part of your audio system utilizing the EVO’s HDMI ARC input, which is an easy way to instantly and dramatically improve your TV’s 2-channel sound. Connectivity highlights also include coaxial and optical digital connections, analog RCA inputs, a dedicated high-end headphone amplifier connected to a 3.5mm output jack socket, a Preamp Output, a Subwoofer Output, an ethernet port, and the Bluetooth aptX HD in/out we just mentioned. The EVO 150 expands the input capability by adding a MM Phono input, Analog XLR inputs, and an Asynchronous USB Audio connection so you can also playback HiRes music directly from a dedicated computer.

Compared to a multi-channel A/V receiver, the back of the EVO looks really sparse – but any and all 2-channel in/out possibilities, whether digital or analog, are there.

One of the top “to-do” items on Cambridge Audio’s list for EVO: recreating the signature British sound the world fell in love with back in the 1960s. No surprise there: Cambridge Audio was formed in Cambridge, UK just north of London (its current headquarters) and was founded the same year the Beatles released Sgt. Pepper’s Lonely Hearts Club Band. To perfect the EVO, the London-based audio engineers painstakingly tuned the EVO’s internal components for over 100s of hours and utilized the Hyper Ncore® module for the power stage of the EVO Class D amplifier. The end result: pure, unfiltered, unadulterated audio; the British sound – the sound the original composer (and/or record producer a la George Martin) intended. 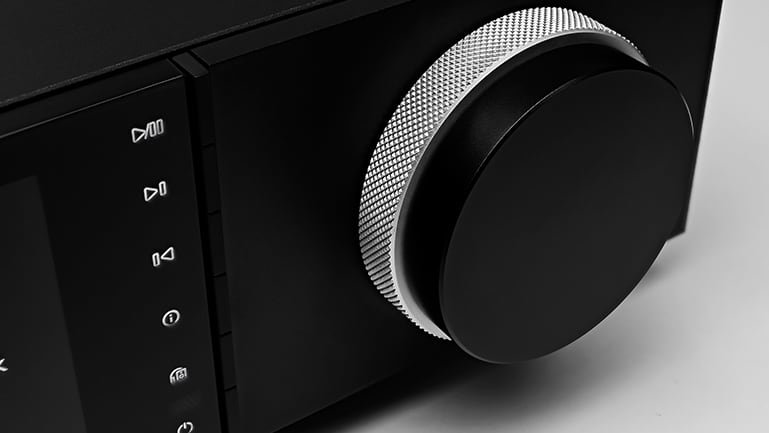 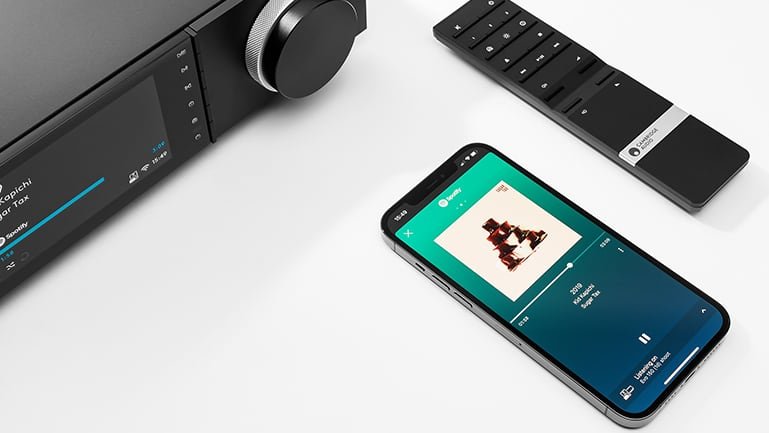 The EVO is compatible with today’s popular music streaming services and their apps. It fully integrates Apple Music, Amazon Music, Tidal, Spotify, Deezer, and YouTube Music as well as high-resolution providers like TIDAL and Qobuz. For you hi-res fans, this makes things easy. For example, TIDAL subscribers can stream high-res files with an MQA full decoder, letting them switch from listening in the car to listening on EVO with a simple tap.

You will need StreamMagic to set everything up in the beginning, but after that, it’s up to you which app you prefer for managing your everyday tunes. EVO also comes with a remote for those who prefer a tactile interface and/or easy access to pre-sets. With it, you can change inputs, change the display function, dim or brighten the front display, all that good stuff.  EVO is updatable, too, so as more streaming services offer more high definition music, a simple firmware update will bring them onboard. Forever evolving – hence the name “EVO.”

Who would love EVO? A few scenarios:

So, what did we miss?

Just a few odds and ends, things to know, and a couple of “oh, yeahs.” 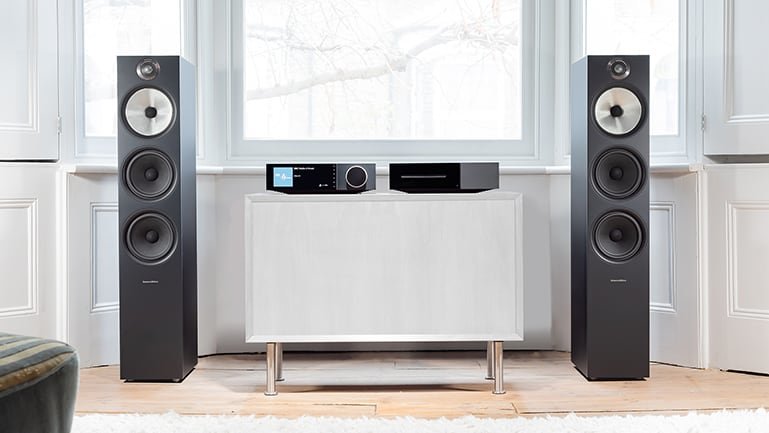 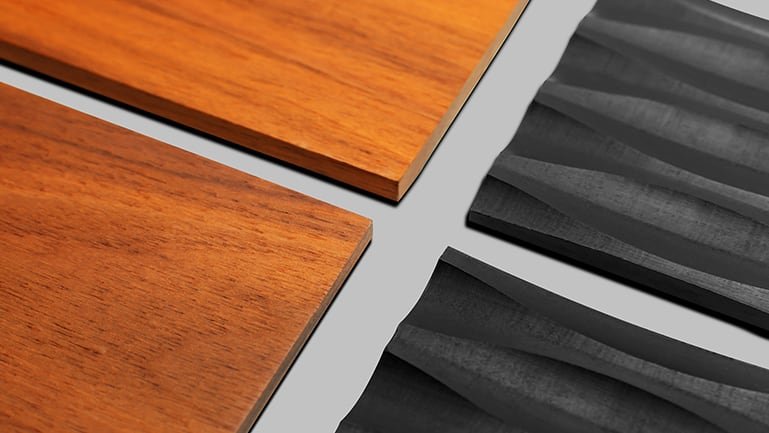 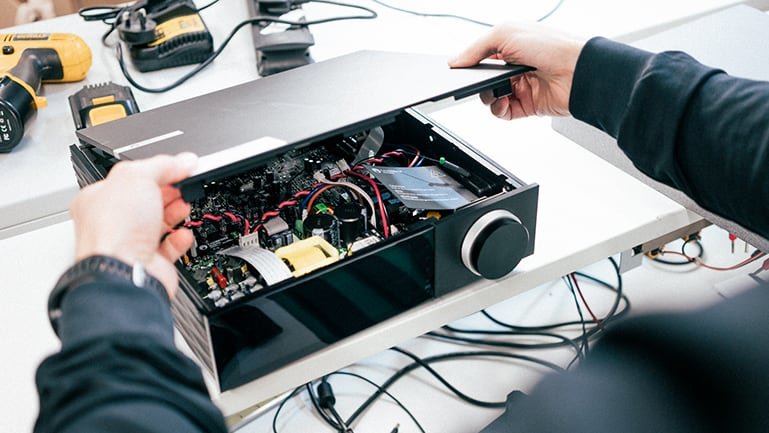