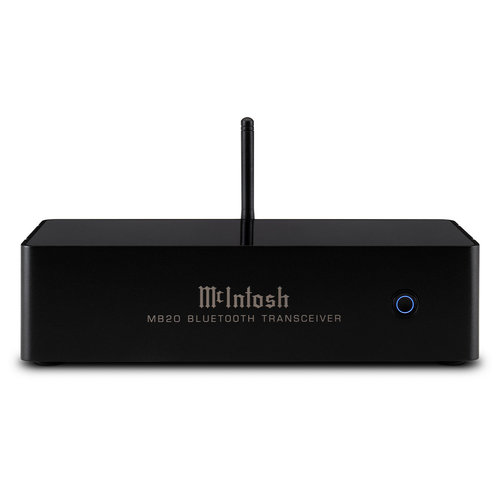 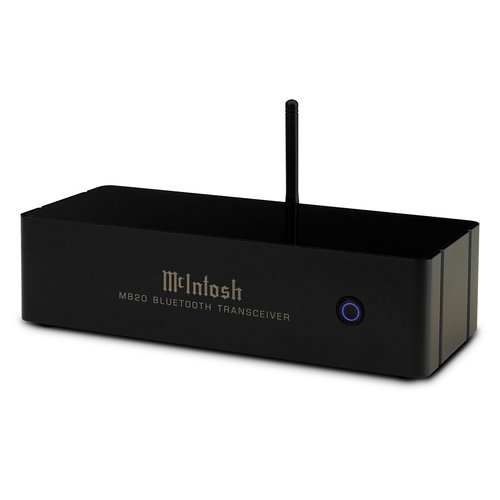 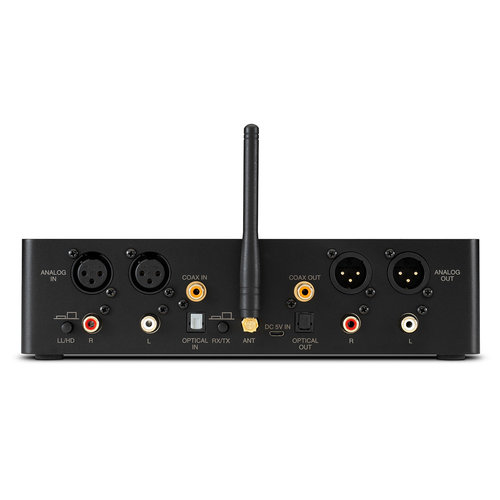 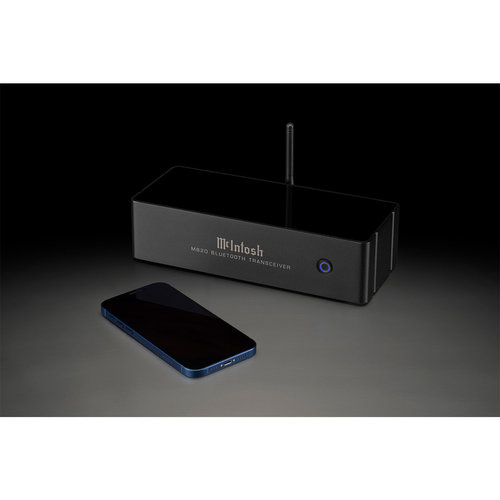 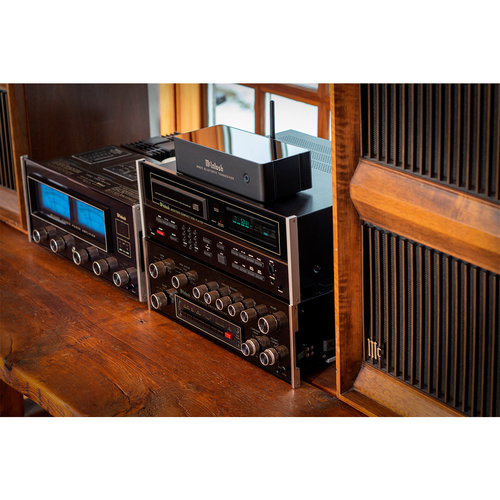 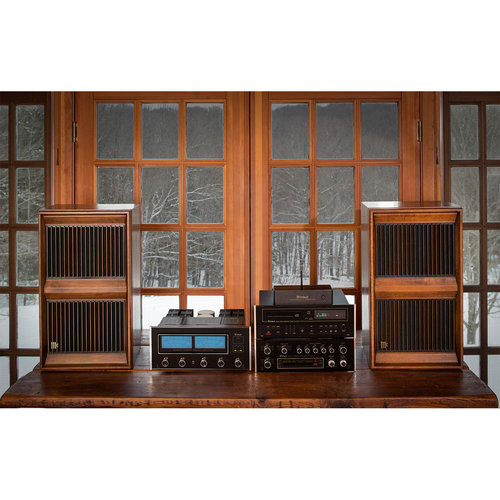 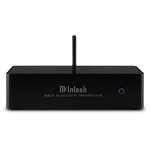 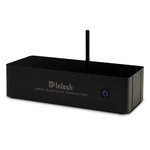 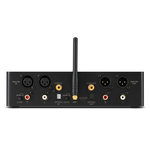 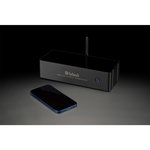 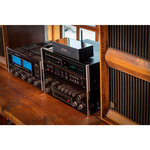 Stream to a McIntosh of Any Era.

The MB20 Bluetooth Transceiver is an easy and simple solution to add Bluetooth streaming capabilities to virtually any McIntosh (or non-McIntosh) home audio system of any era. It can quickly turn a vintage McIntosh system that you've treasured for decades, or a family heirloom system that you've inherited, into a modern home music system capable of playing the digital music stored on your phone, in your cloud accounts, or from your preferred streaming services. It is a small (its footprint not much bigger than a smartphone), stand-alone, complete Bluetooth streaming solution that does not require any third-party apps to use.

As a transmitter/receiver, the MB20 has been designed to provide a superior Bluetooth connection to audio equipment that lacks Bluetooth connectivity. As such, it has been engineered as a Class 1 Bluetooth device. Class 1 devices can typically operate at a range of up to 150 feet (45.7 meters) in ideal conditions with limited obstructions. As a Receiver, the MB20 employs an extremely sensitive receiver for better reception, even from Class 2 devices, with the maximum range determined by the capabilities of both actively paired devices. An external antenna helps maximize its range for better performance. As a Transmitter, it has a range 10x greater than that of a typical Class 2 Bluetooth device.

The compact MB20 comes with a variety of analog and digital inputs and outputs to connect it to your home audio system – most notably amongst them being balanced inputs and outputs, making it one of the only Bluetooth transmitter-receivers to offer these superior audio connections that help deliver top-quality audio performance. For connecting it to your system via analog cables, it includes 1 stereo set of both balanced and unbalanced inputs, along with a stereo set of balanced and unbalanced outputs. For digitally connecting it to your system, such as for use with an outboard Digital-to-Analog Converter (DAC), it has 1 each of both coaxial and optical inputs and outputs.

The MB20 uses Bluetooth® 5.0 with support for both the high bitrate Advanced Audio Coding (AAC) standard as well as Qualcomm® aptX™ HD for hi-res audio playback. It also features Qualcomm aptX Low Latency for improved audio transmission speed to deliver sound in sync with applicable visual media. When used as a Receiver, the MB20 uses a high-performance 32-bit DAC with 192kHz internal processing for optimum sound quality; when used in combination with a separate outboard DAC, the MB20's digital output is fixed at 96kHz to be compatible with most third-party DACs in order to maximize performance and maintain audio signal integrity. When in Transmitter mode, it uses an equally capable high-performance Analog-to-Digital Converter (ADC) with 110dB Signal-to-Noise Ratio (SNR).

Powered by TurnTo
Review More Purchases | My Posts
5.0 / 5.0
6 Reviews
5 Stars
4 Stars
3 Stars
2 Stars
1 Star
6
0
0
0
0
Rated 5 out of 5
MB20 Class 1 Bluetooth Transceiver
IT'S A MAC!
September 3, 2022
BRUCE
Rated 5 out of 5
MB20 Class 1 Bluetooth Transceiver
This unit is built very much like all other mac products I own, which is heavy and solid. Feels like a brick true to the brands ethos. Sound quality is very good. Definitely beats the hardwired option I used to pipe my
iPhone/iPad to my tube preamp. Flexibility of inputs and outputs are great as you can pipe your vinyl for example to your Bluetooth headphones in another room.