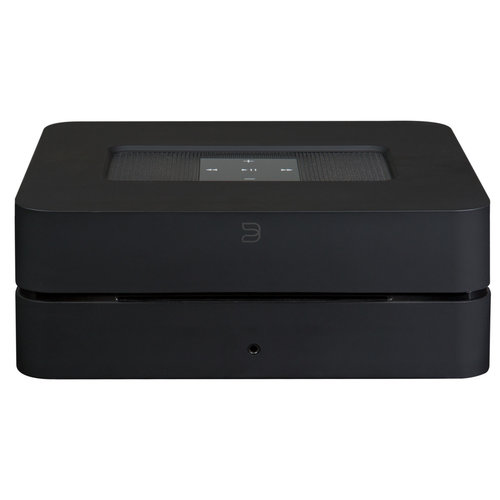 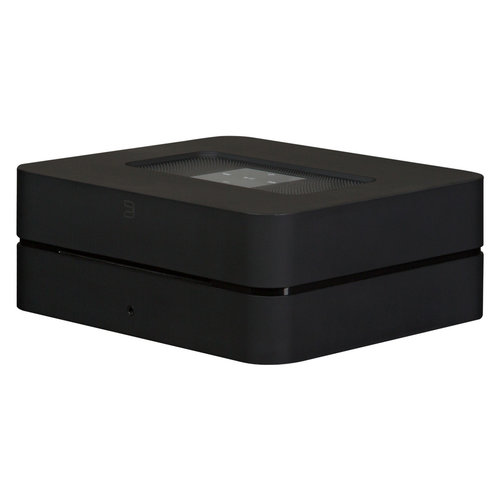 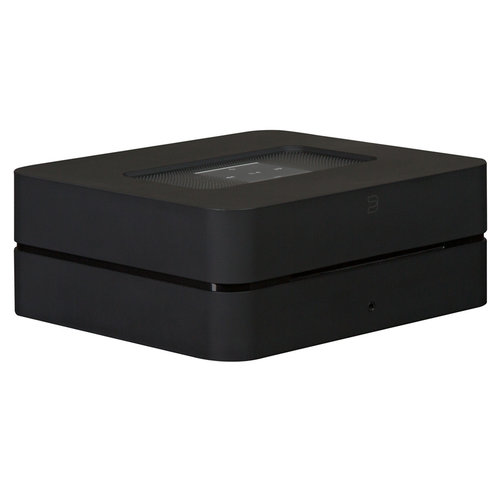 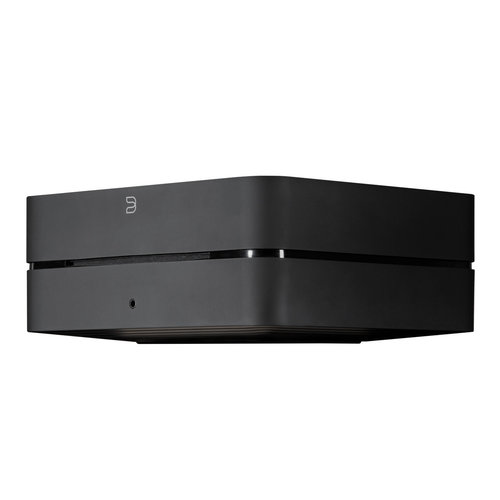 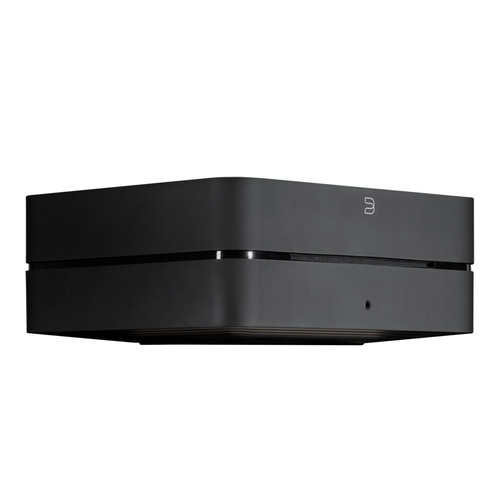 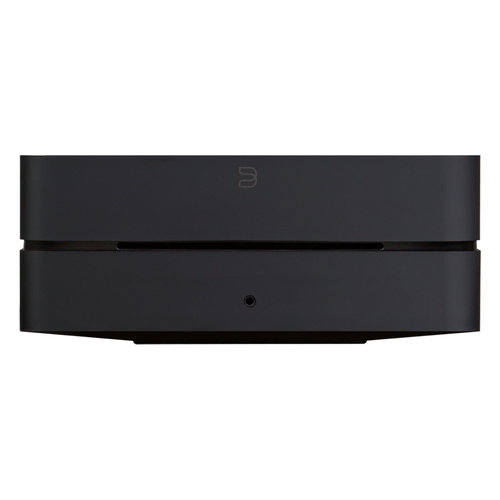 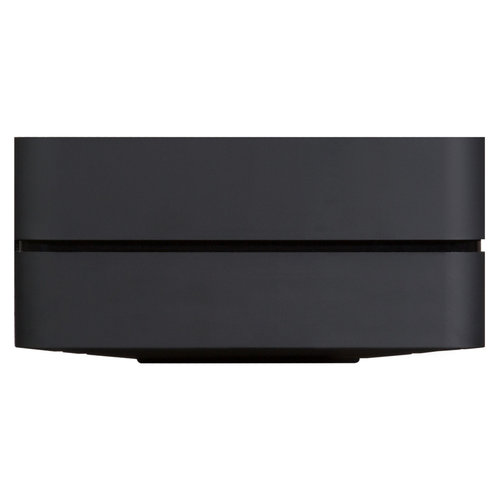 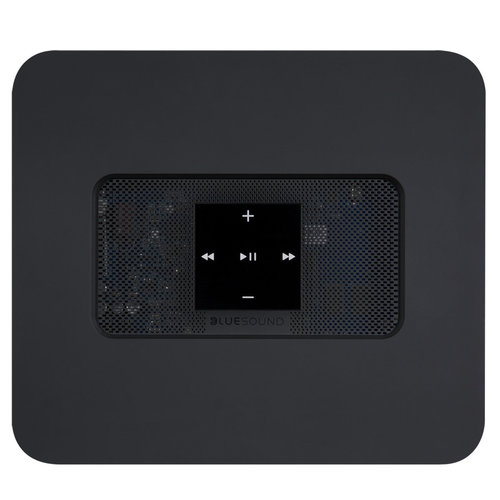 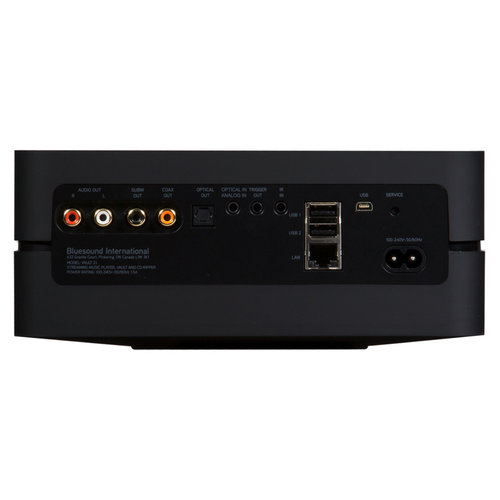 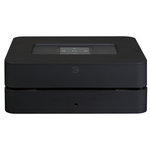 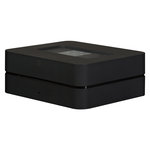 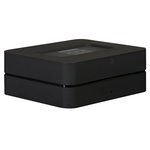 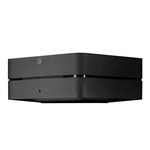 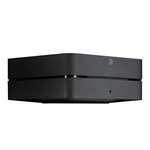 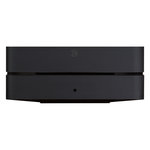 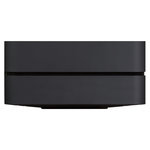 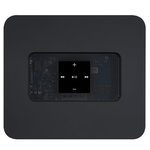 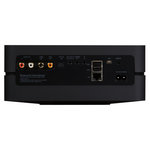 So you’ve got racks full of compact discs and you want the convenience of calling up every song you own at the touch of a screen. The Bluesound VAULT 2i is at your service. Slip in and rip your CDs – in a lossless audio format or MP3, or both – store the files on the cool-running, quiet internal 2TB drive, and start streaming songs seamlessly to every room thanks to Bluesound’s advanced Generation 2i wireless reproduction. The VAULT 2I connects easily to existing systems, and packs top-quality digital to analog conversion (DAC) circuitry to bit-perfectly record your collection and decode most current high-resolution file formats, including the latest MQA lossless platform. Bluetooth 5.0 aptX HD protocols provide the cleanest streaming from phones or portables – and VAULT 2I’S Bluetooth is bi-directional, so you can listening privately via headphones. The BluOS operating system is app-easy to handle. And with every major online service and dozens of Internet radio stations available at a touch alongside VAULT 2I’S built-in network server, Bluesound promises access to “all the music ever recorded.”

Rip it, rip it good

Pop in and spin up your CDs, and stash the music on the internal 2TB hard-drive network server. Save them for instant retrieval and whole-home streaming in a lossless format, for perfect reproduction, or MP3 to save some space. And in case you’re wondering, 2 terabytes holds – oh, let’s say 30,000 albums worth of music in MP3, or maybe 6,000 bit-perfect CD copies, in round numbers. Unless you’re a hoarder, you’ll run out of CDs long before you run out of space.

The core of the VAULT 2i is the fast, powerful 1GHz ARM Cortex-A9 chip, which means it responds quickly and seamlessly to each command. Custom compact components allowed Bluesound to redesign the circuit path for minimal noise and interference. And the 24 bit/ 192kHz digital-analog conversion circuits handle today’s most advanced music files effortlessly.

The latest Bluetooth protocol – version 5.0 with aptX HD – is capable of streaming music directly from phones, portables or tablets at better-than-CD quality and is designed for the best reproduction of the latest generation of lossless music files. And the VAULT 2i adds two-way Bluetooth communication, so you can listen privately via the high-quality wireless headset of your choice or connect cordlessly to powered BT speakers.

Yes, the VAULT 2i handles the highest-resolution lossless files available today via ripping, saving, download and streaming – up to 24 bit/192kHz sampling rates, in ALAC, AIFF, FLAC and WAV. And you get full compatibility with lower-quality “lossy” files in MP3, AAC, WMA, OGG, and the rest of the alphabet soup. But Bluesound’s Gen 2i adds support for the latest, most flexible set of letters – Master Quality Authenticated, or MQA. With more music studios and equipment makers signing on, MQA is designed for top-quality streaming, it automatically adapts to your equipment, and it packs high resolution in a smaller file size.

“All the music ever recorded”

That’s Bluesound’s bold claim. But consider the VAULT 2i’s capabilities. Tap into your own on-board collection, via the latest dual-band 802.11ac Wi-Fi. AirPlay 2 capability streams directly from your iTunes and Apple Music library. Connect to dozens of Internet radio stations via TuneIn, iHeart, Calm Radio, Slacker and Radio Paradise. And select songs seamlessly from the top celestial jukeboxes including Tidal, Deezer, Spotify, Amazon, Pandora – even country-specific services such as Qobuz (France) and Tai (China). “All the music ever recorded?” Hard to prove, hard to argue.

The BluOS operating system was built for wireless whole-home audio from the ground up. A free download (iOS, Android, Kindle Fire), the BluOS Controller App ties together every compatible component in your home, makes set-up a snap, flips effortlessly through all your files and sources, and gives you fingertip control of the whole ecosystem. Individual touch controls are on top of the VAULT 2i in case your portable device isn’t in reach. Amazon Alexa voice control is in development and will be available through future skills sets. And with Apple’s AirPlay 2, you’ll soon be able to chat with Siri as well. Bluesound products also play well with smart-home automation systems such as Crestron, Lutron and Control4.

Powered by TurnTo
Review More Purchases | My Posts
5.0 / 5.0
2 Reviews
5 Stars
4 Stars
3 Stars
2 Stars
1 Star
2
0
0
0
0
Rated 5 out of 5
Premium Product to Preserve My Collection
I love my Bluesound Vault 2i, I am now able to save my entire collection safely and easily. Nothing rates better (to me anyway)!
This review was collected as part of a promotion
April 5, 2019
GARY B
Purchased

over 3 years ago
Rated 5 out of 5
The perfect piece to completing a home or personal stereo system! I can now save all of my CD collection and smile!
March 23, 2019
GARY

0
The owners manual makes no reference to connecting 2 Vaults. However, the back panel USB (Type A) states:
USB (TYPE A): Connect a USB mass storage device or Bluetooth adaptor to the USB input. Typical USB mass storage devices compatible with the VAULT 2i include portable flash memory devices and external hard drives (FAT32 formatted).
We recommend you reach out directly to Bluesound tech support for advice on how to configure an external hard drive.