What a long, strange trip it’s been!

40 years ago World Wide Stereo was a 1500 sq’ store with homemade displays made out of 2x4’s and texture 111 plywood siding. Our electric service was an illegal power cord jerry-rigged into a power pole out on route 309.  We could plug in only four things at a time. We didn’t have a single product line that anybody had ever heard of.  Vector Research receivers, Omega speakers and BIC turntables and cassette decks. (That’s right, the company that makes pens.)  We had three employees, Bob the owner, Ron, a former farmer, and one very pregnant Karen Cole. Customers were few and far between. Best and Company, Silos, Wall to Wall Sound, Stereo Discounters and Bamberger’s were all spitting distance away and had all the lines, the money, the marketing and each were dead set on our demise.  The owner of one of the aforementioned competitors even drove down midday to shake Bob’s hand and to share his opinion that we would be out of business in three months. In fact, he said he would make it happen and that we should count on it.  His car was worth more than everything in our store. But we were not intimidated.

In this our 40th year, every single one of those competitors are long gone and by comparison we were inducted into the Consumer Technology Hall of Fame, our industry’s highest honor.  We also received another Best of Philly Award and were named Montgomery County’s Business of the Year. We now have had as many as 100 employees, 4 facilities, and an international business. We are one of the largest Custom Integrators in the US, have a thriving ecommerce business and our retail showrooms are iconic. At the end of the day, it seems there were more folks that wanted us to succeed than fail.

The other night we had a very special party: our VIP 40th Anniversary Party for a few people who we felt had a special impact on our success.  Long-time customers, manufacturers, vendor representatives, distributors and our own old guard, all who have helped make World Wide Stereo a very special place. They came from all points of the compass.  Business partners came from as far away as France, Canada, California, Michigan, Indianapolis and Boston. It was truly World Wide! Keep in mind, these are all competitors of each other and it’s a rare event to have them all in one place for a celebration. Love was in the air and they were magnanimous. But what was particularly rewarding was how many customers came.  And everyone came early and stayed late!  It was amazing. We were humbled by the warmth and generous sharing that went on.  Words cannot fully express what the World Wide Stereo crew felt that night. We would have liked to invite more folks but space was limited. So if you are reading this and didn’t get an invite, please know we would have liked to invite the over one million customers and the thousands of manufacturers, distributors and reps who have honored us with their trust.

To follow that up, we held what we called “Our 40th Anniversary Bigger, Better, Badder Than Black Friday Sale!” And that is exactly what it was. Three days of incredible in-store-only specials and it was bigger and indeed busier than any Black Friday weekend we’ve ever had!  Old customers, many new customers, and the event was augmented by fresh-made donuts and espresso drinks which were very well received.  Not only were the deals spectacular but once again, the warmth, generous sharing and mutual affection that is so typical of the World Wide Stereo Community was ever present.  It was like 72 hours of Christmas/Hanukkah morning.

And the Show will go on with many more 40th Anniversary special events! Here's to another 40 years. 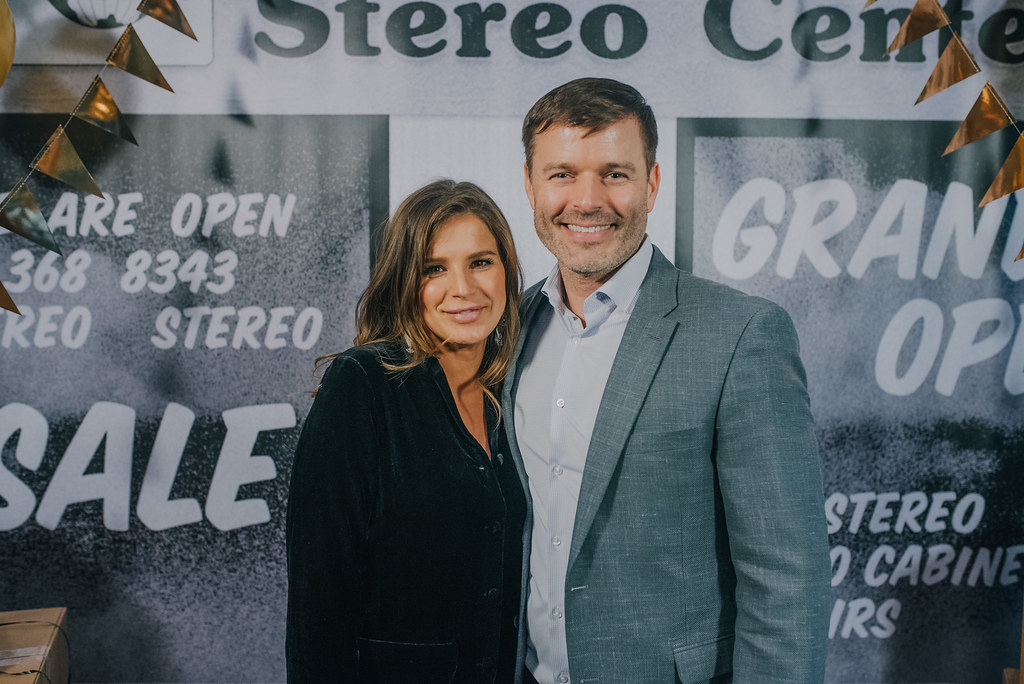