It’s a big deal in consumer electronics when a legendary company embraces nascent technology. That’s why so much excitement surrounds Sony’s first OLED-based home-theater screens, the newly-arrived A1E OLED series. The company pairs its engineering prowess with OLED’s natural brilliance to create a new top-of-the-line 4K television series (and bestows its hallowed “XBR” designation on them). We at World Wide Stereo had seen an impressive demonstration of the new sets at the Consumer Electronics Show, and were looking forward to a chance to put them through their paces in our Ardmore and Montgomeryville, PA showrooms. Would they live up to the high expectations?  It’s no spoiler to reveal that the A1E does just that - and more. After extensive testing, we can say that the Sony Bravia XBR A1E series certainly is one of the finest home-theater panels on the market today, at any price. Let’s dive a little deeper into the whys.

First, a quick tech primer: organic LEDs are unique in that they emit, rather than transmit, light. That is, unlike all LED and LCD-type TVs available today, OLEDs don’t need a separate light source shining through them like a stained-glass window; the pixels glow on their own, like 8.2 million tiny bulbs. This has several advantages. Most striking is that each cell turns on and off individually in response to the image. Because other LED sets need backlighting (in fact, the “LED” refers to the type of backlight, the display itself remains LCD), the best they can do is what’s called “local dimming,” reducing the light in a region of the screen in reaction to the scene.

That means only OLEDs offer absolute black. A dark scene is truly dark, with subtle but visible differentiation in shadowing. Ordinary LED sets can make a nighttime scene seem a muddy gray-green. We viewed a particularly dark action scene – the forest search near the end of episode one of Netflix’s Stranger Things – and the difference was striking. The Sony’s night woods were truly black and foreboding, dramatically illuminated by the flashlights of the police and volunteers.

Against a nearly limitless contrast range, colors on OLEDs blossom. They display a rich palette from subtle pastels to intense hues from every shadow to the brightest areas; this is where Sony’s expertise truly shines. The 4K X1 Extreme Processor uses Sony’s trademark Triluminos circuitry and the  X-Reality Pro and object-based HDR processing (terms you won’t need to remember) to supply the horsepower and intelligence to keep the image clear and natural across the full range of colors and brightness. The A1E supports both the current HDR10 high dynamic range standard and the coming Dolby Vision system (via future download). 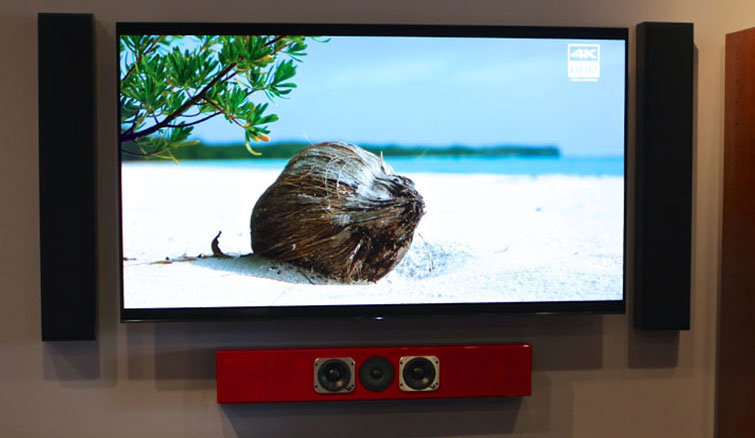 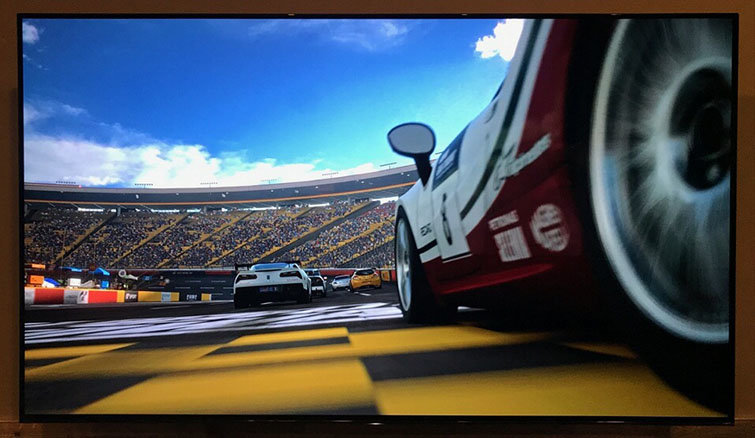 A1Es shown on display in both of our Philadelphia area showrooms: Ardmore (left) & Montgomeryville (right).

Another advantage of OLEDs: without the need for backlight, the panels can be shaved even slimmer than today’s already vanishingly thin screens. The Sony panel’s edge is but a fraction of an inch, which combined with its exceptionally narrow frame, gives the distinct impression of a pane of floating glass. But keep in mind TVs still need circuits and power and connections. Sony builds all those, plus a subwoofer, into the included easel-type stand. It makes for sturdy support when placed on a cabinet or shelf. But keep in mind, if mounting the A1E on a wall, you’re not going to be able to push that panel fully flat against the surface; the set’s total depth, with the easel folded in, is about 3-1/2 to 4 inches. 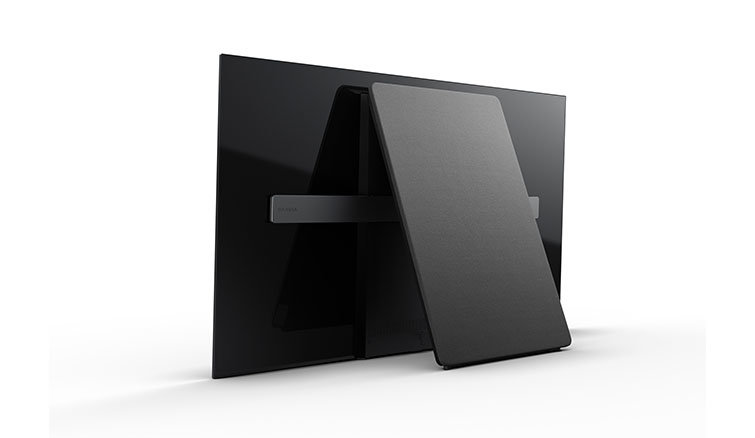 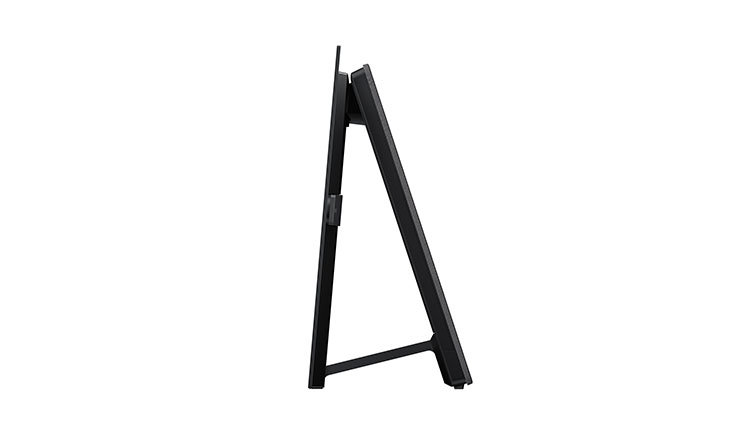 So we know where the subwoofer is; where’d Sony stash the speakers? In a neat engineering feat, the television screen becomes the speakers. Sony engineers turned the panel itself into a patented Acoustic Surface, using two “actuators” behind the TV to make stereo come right through the screen. It’s an interesting innovation, and the sound seems superior to many sets that hide standard speakers under or behind their panel. (And no, you do not see the screen vibrating like a drum; the audio didn’t affect the picture in any way in our viewing.) But if you’re shopping in this price range, consider improving on the audio by upgrading to a soundbar.

The highest-end of high definition is an extremely competitive area, where industry giants not only vie for supremacy but also try to set the standard for their entire product line. Your personal preferences, as well as your individual viewing situation, will ultimately determine what looks and works best for you. But when shopping for a top-of-the-line television today, take the time to view carefully with the best sources in a reasonable viewing environment (NOT the glare of a big-box store). We’re confident that the 55-inch, 65-inch, or 77-inch Sony Bravia XBR A1E will land right up near the top of your list.