A Chat with the Legendary Quincy Jones

Our Founder and CEO, Bob Cole, got to spend some quality time with the one and only Quincy Jones at JBL Fest in Las Vegas this past July.

Bob was invited to attend as a guest since he’s a major supporter of JBL, and is intimately involved in the development of their new products. Quincy Jones was there to support a new pair of headphones with his name on it. So naturally, the stars were perfectly aligned.

“We met outside his studio. He’s very clear that he won’t put his name on anything, unless it matches his huge standards,” said Bob.

Quincy recounted the making of “Thriller,” what it was like to work with Michael Jackson, and shared his fondness for Frank Sinatra.

“As Sinatra was one of his favorite performers, and my family was very involved in his early career (my father drove him to the train station every morning), we had a lot of mutual stories about the early years to enjoy,” Bob recalled.

Quincy’s most memorable story? The first time he ever pushed a key on a piano. “He said the sound reverberated through his whole body and he could see it in colors,” Bob added. “It was at that moment — at the age of nine — that he knew music was going to be his life.”

“He was so grateful to all the upper echelon who helped him and gave him the opportunity. Steven Spielberg, for example, directed “The Color Purple,” which Quincy produced and wrote the score for," Bob shared. With that movie, Quincy gave careers to little known actresses, including Whoopi Goldberg and Oprah Winfrey.

"I had never realized how many musicians' lives he's touched, how many precedents he set, and how much he loved cinema," said Bob.

If you want to learn more, just leave a comment below for Bob — and then try to get him to stop talking about the experience. 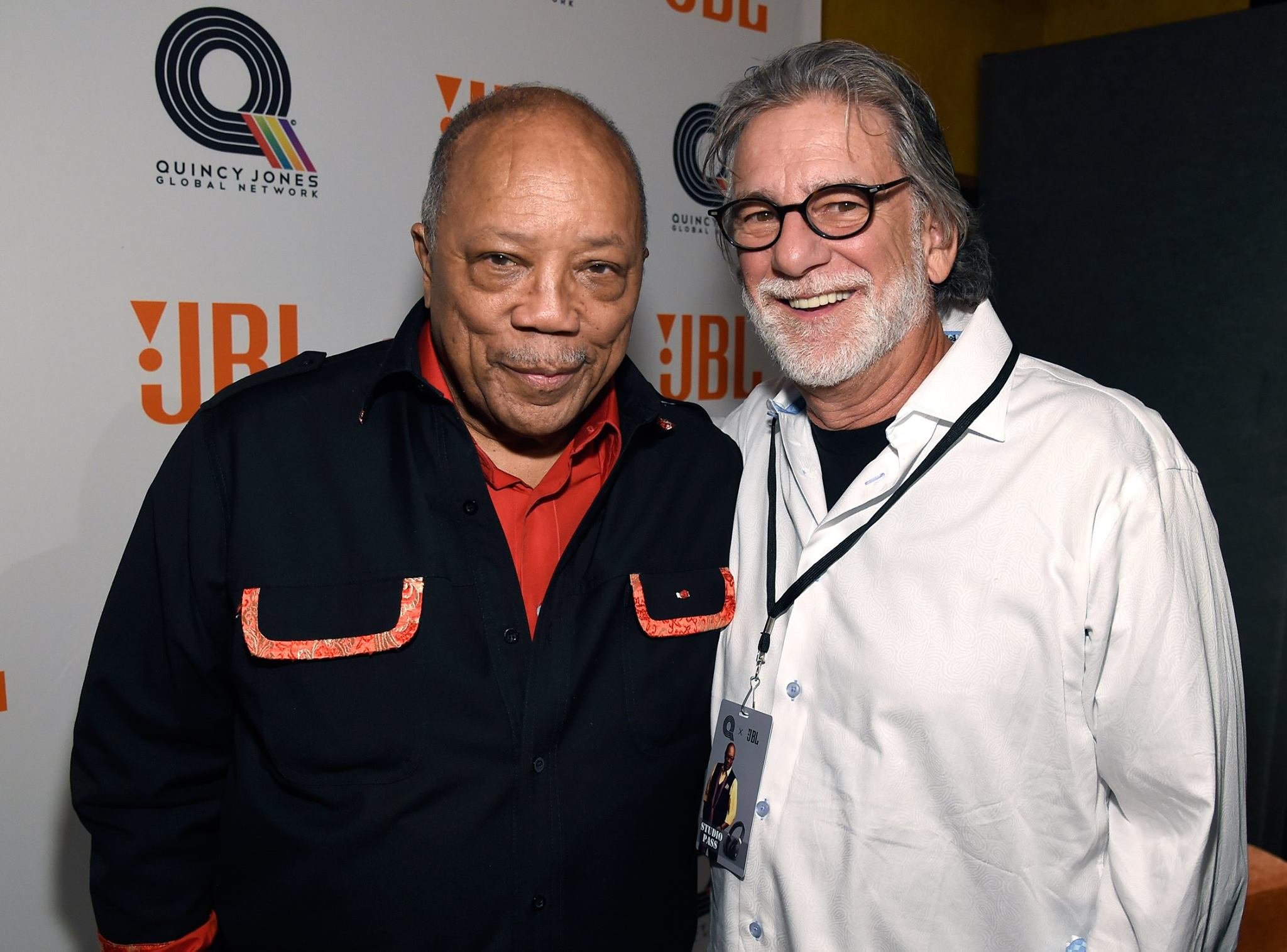