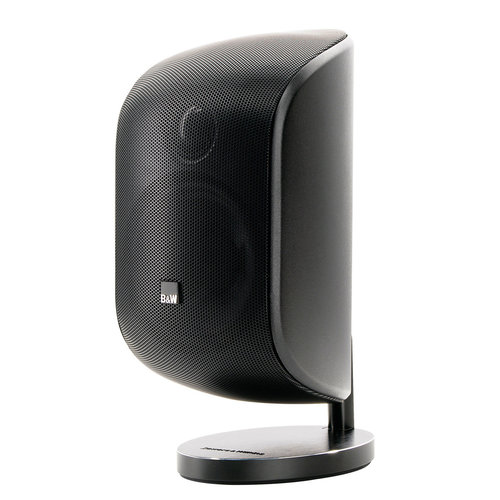 The M-1 loudspeaker can be used on its own, with a subwoofer in a 2.1 system, or as part of one of our Mini Theater systems.

Sleek, compact, yet packing a powerful punch, the M-1 satellite speaker can be used on its own, with a subwoofer in a 2.1 system, or as the backbone of our Mini Theater systems. From the inside out, the M-1 was conceived as a unified system. Its design has evolved in a totally integrated way, from the custom-made crossover to the two-piece clamshell cabinet.

And now, following a complete technological overhaul, including all-new drive units designed in-house, it sounds better than ever. Dispersion has increased. Imaging is pin-point accurate. Performance is now full range. In fact, the improvement is such that a single pair of M-1s could happily take on the role of your dedicated stereo speakers.

The speakers versatility allows it to adapt perfectly to any home environment, no matter how awkward the space. You can put the M-1 on a bookshelf. Or mount it on a wall. Or position it on its own floor-length stand. It can even swivel to a horizontal position, for when you want to use one as a center channel speaker. Its clamshell cabinet is formed from just two interlocking, continuously curving sections. It all adds up to stunning sound, whatever you are listening to.