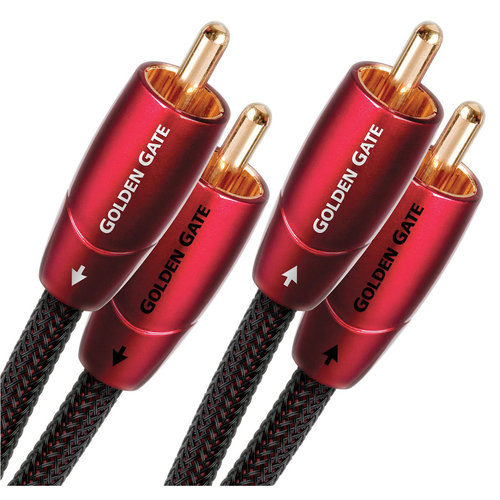 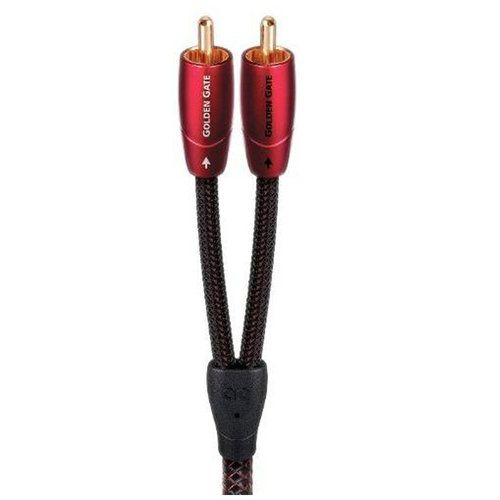 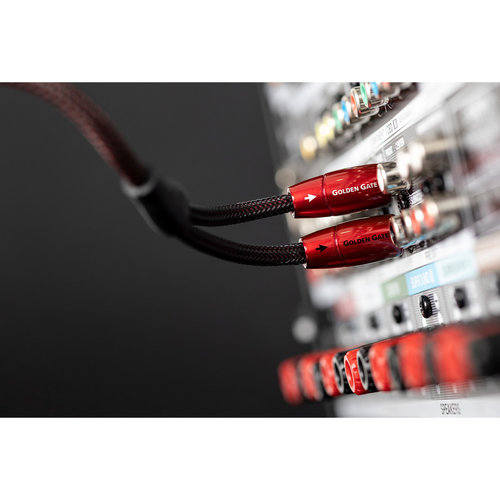 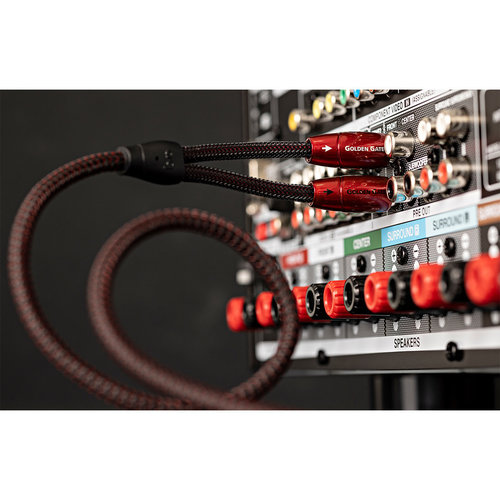 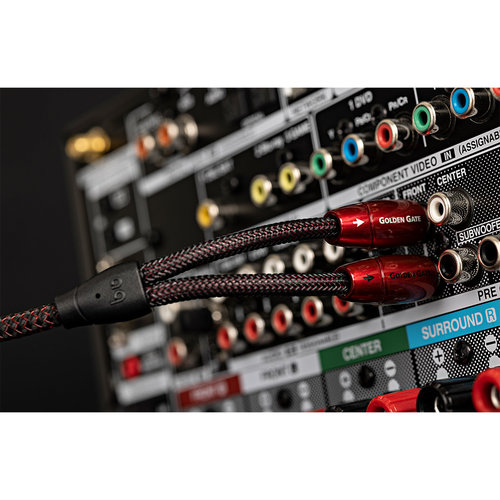 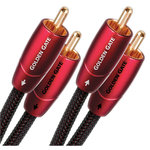 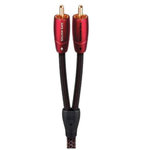 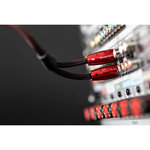 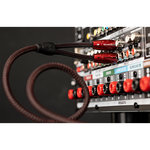 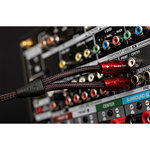 The nearly magical confluence of land and sea where the San Francisco Peninsula reaching up from the south, and Marin County stretching down from the north, almost touch, was named "Chrysopylea," meaning "golden gate," by Captain John C. Fremont in 1846. The Golden Gate Bridge was the longest suspension bridge in the world from 1937 to 1964, when New York City's Verrazano Narrows surpassed it by a mere 18 meters (60 ft). The main span is 1,280 meters (4,200 ft) long and 27 meters (90 ft) wide, the towers rise to 227 meters (746 ft) above the water.

SOLID PERFECT-SURFACE COPPER CONDUCTORS (PSC): Perfect-Surface Copper has an astonishingly smooth and pure surface. Proprietary metal-processing technology protects the wires surface at every stage of drawing and fabrication. When high-purity low-oxide copper is kept as soft, pure and smooth as possible, it becomes a wonderfully low-distortion conductor. For over 30 years AudioQuest has pioneered the use of superior metals; yet even we were surprised by this huge leap in performance. PSC clearly outperforms previous AQ metals that cost over ten times as much. Electrical and magnetic interaction between strands in a conventional cable is the greatest source of distortion, often causing a somewhat dirty, harsh sound. Solid conductors are fundamental toward achieving Golden Gate's very clean sound.

FOAMED-POLYETHYLENE INSULATION: Any solid material adjacent to a conductor is actually part of an imperfect circuit. Wire insulation and circuit board materials all absorb energy (loss). Some of this energy is stored and then released as distortion. Golden Gate uses air-filled Foamed-Polyethylene Insulation on both conductors because air absorbs next to no energy and Polyethylene is low-loss and has a benign distortion profile.  Thanks to all the air in Foamed-PE, it causes much less of the out-of-focus effect common to other materials.

DOUBLE-BALANCED ASYMMETRICAL GEOMETRY: Purpose designed for single-ended applications, Double-Balanced Asymmetrical Geometry offers a relatively lower impedance on the ground for a richer, and more dynamic experience. While many single-ended cable designs use a single path for both the ground and the shield, Double-Balanced designs separate the two for cleaner, quieter performance.

COLD-WELDED GOLD-PLATED RCA PLUGS: This plug design allows for a connection devoid of solder, which is a common source of distortion. Because the ground shells are stamped instead of machined, the metal can be chosen for low distortion instead of machinability.