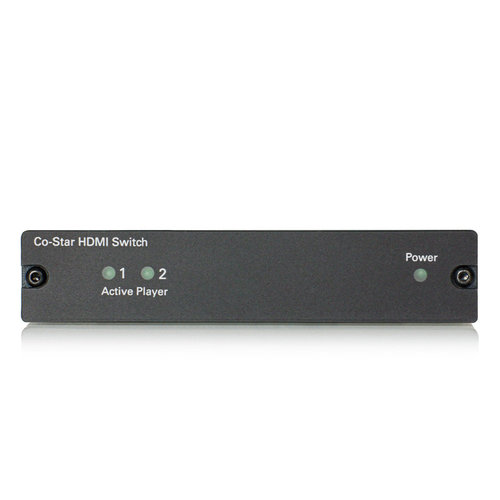 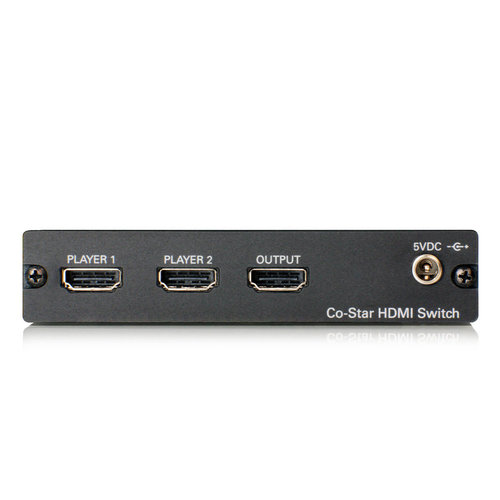 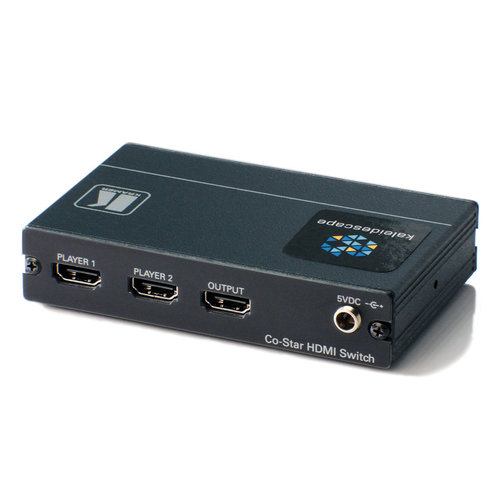 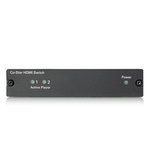 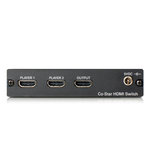 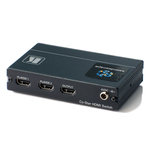 The Co-Star solution allows a Strato movie player to present a unified onscreen library that includes all of your movies – from DVD discs to downloaded 4K HDR movies – in one seamless interface. With Co-Star, the Strato player is paired with a second Kaleidescape player via a dedicated, Kaleidescape-supplied HDMI switch. The players work in partnership to enable the playback of all of your movies.

Co-Star may be used in one of two configurations:

In both configurations, Strato presents the user interface and handles the playback of all movies downloaded to the Strato system, including 4K content. When a movie is played that is stored on the Premiere system (or that is on a cataloged disc in a Disc Server), the A/V source is automatically switched from the Strato to the paired player, which plays the movie. Strato relays control commands to the paired player, so playback appears as if the movie were playing on the Strato.