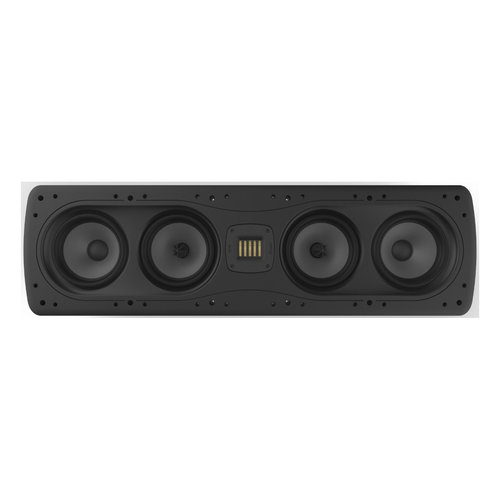 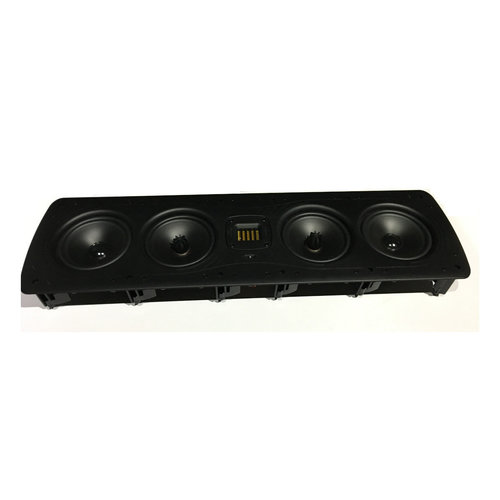 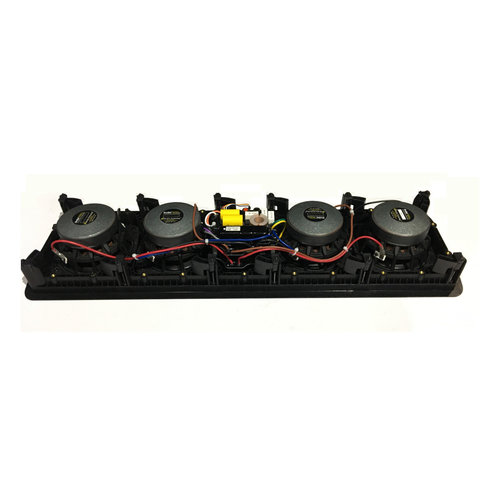 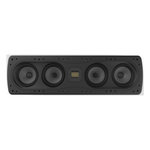 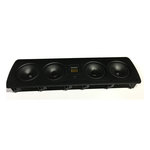 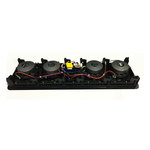 The Invisa Signature Point Source (SPS) is intended for use as a main front left, right, or center channel loudspeaker, as well as a side or rear surround in high quality multi-channel home theater and music systems, as well as in simpler two-channel systems of the highest quality. Each Invisa SPS incorporates four 5-1/4" high-definition cast basket drivers, which are very similar to those found in the award-winning Triton Reference. The Invisa SPS also incorporates an extraordinary, High-Gauss Reference High Velocity Folded Ribbon Tweeter similar to those used in the Triton towers. The complex crossover network utilizes the special fully balanced topology incorporated in our upper range models, with special polystyrene film capacitor on the high-frequency section. The drivers are wired with special wire which has a unique twist that was engineered for highest performance. The four 5-1/4" drivers are not identical, nor do they cover the same frequency range, in order to achieve a point source radiation pattern, with the dramatic benefits of better dispersion and improved imaging. Other important details include: a switch to allow adjustment of the tweeter level, a magnetically attached low profile grille, nonresonant mineral-filled frame structure, special dogs to allow easy and secure attachment to the wall, and a rotatable tweeter to allow for correct orientation of the tweeter for vertical or horizontal positioning. There is a unique optional backbox available that has been engineered to prevent bleed through of sound into the adjacent room.