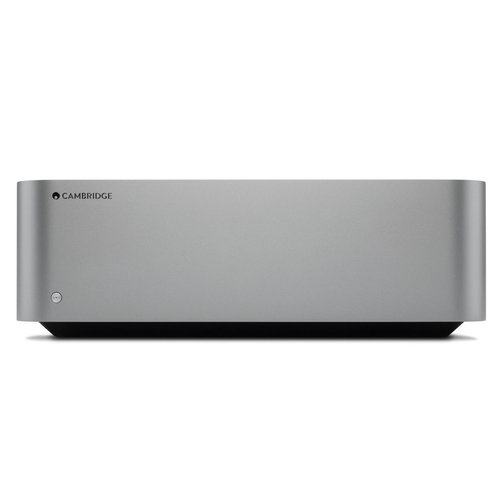 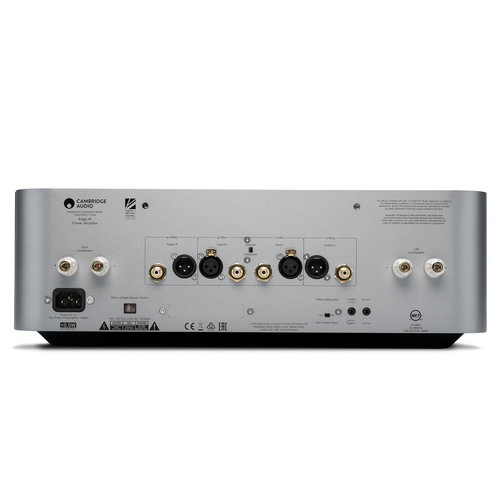 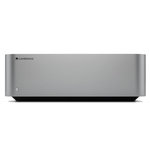 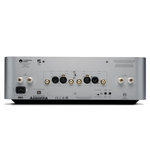 The Cambridge Audio Edge W Power Amplifier features a class AB power section and only 14 components inside, including dual toroidal transformers. The result is a pure listening experience without distortion, at the highest volumes. If you are interested in a true high fidelity listening experience, pair this amp with the Cambridge Audio NQ Preamp, and hear your music like never before.

The Best Power Amplifier Cambridge Audio Ever Made

Edge W is made to be played loud. When you do turn it up, expect nothing but a dynamic and punchy sound that captures all the musicality of your songs. With just 14 hand-picked components, Edge W has one of the cleanest signal paths available. It delivers breathtaking, unadulterated British sound – nothing added, nothing taken away.

For all its power, Edge W is remarkably detailed. The sound is finely balanced, with a musical depth and clarity that comes through with every note. It’s all down to how we chose the componentry inside – nothing was picked on price, specs, or measured performance. CA's engineers listened carefully, and created the system with components that simply sounded the best. The end result is a power amplifier that truly brings an original recording to life like no other.

Just 14 Components in the Signal Path

Although minimal in its exterior design, Edge W has some complex audio engineering inside. To remove the barriers between you and your music, CA worked hard to minimize the number of components in the signal path.

As a result, Edge W delivers a more faithful reproduction of the original recording; an impressively detailed three-dimensional sound, with striking staging and focus.

CA pioneered the use of toroidal transformers in amplifiers, which led to improved performance. In Edge, they take this one step further, using opposing symmetry twin toroidal transformers. This cancels out electromagnetic interference whilst offering outstanding power and maintaining consistent tonality, no matter how loud it’s played.