Give your home stereo or powered speakers a wireless streaming upgrade with the Bluesound NODE 2i. Dedicated to bringing high-resolution music to every room of your home, Bluesound is rolling out its Generation 2i ecosystem to deliver the finest reproduction in today’s wireless world, at a down-to-earth price. The NODE 2I, which connects easily to existing systems, packs top-quality digital to analog conversion circuitry (DAC), to precisely decode most current high-resolution file formats, including the latest MQA lossless platform. Bluetooth 5.0 with aptX HD provides the cleanest streaming from phones or portables. Dual-band Wi-Fi eliminates congestion and interference. The BluOS operating system is app-easy to handle. And with every major online service, dozens of Internet radio stations and your own home collection available at the touch of a button, the NODE 2i promises access to “all the music ever recorded.” With analog and digital outputs, an analog/optical input and USB, the NODE 2i is your streaming system’s centerpiece.

The core of the NODE 2i is the fast, powerful 1GHz ARM Cortex-A9 chip, which means it responds quickly and seamlessly to each command. Custom compact components allowed Bluesound to redesign the circuit path for minimal noise and interference. And the 24 bit/ 192kHz digital-analog conversion circuits handle today’s most advanced music files effortlessly. And the sound is impeccable: What Hi-Fi, in its 5-star review, lauds its “impressive timing and dynamics (and) superb sense of scale. … This is simply the best sounding product of its type you’ll get your hands on for less than half a grand.”

The latest Bluetooth protocol – version 5.0, aptX HD – is capable of streaming music directly from phones, portables or tablets at better-than-CD quality, and is designed for faithful reproduction of the latest generation of lossless music files. The NODE 2i adds two-way Bluetooth communication, so you can listen privately via the high-quality wireless headset of your choice or connect wirelessly to BT powered speakers.

Yes, Bluesound’s Gen 2i handles the high-resolution lossless files available today via download and streaming – up to 24 bit/192kHz sampling rates, in ALAC, AIFF, FLAC and WAV. And you get full compatibility with lower-quality “lossy” files in MP3, AAC, WMA, OGG, and the rest of the alphabet soup. But the NODE 2i adds support for the latest, most flexible set of letters – Master Quality Authenticated, or MQA. With more music studios and equipment makers signing on, MQA is designed for top-quality streaming, it automatically adapts to your equipment, and it packs high resolution in a smaller file size.

“All the music ever recorded”

That’s Bluesound’s bold claim. But consider its capabilities. Tap into your own collection via home network sharing, with NODE 2i’s latest generation dual-band 802.11ac Wi-Fi. AirPlay 2 capability will stream directly from your iTunes and Apple Music library. Connect to dozens of Internet radio stations via TuneIn, iHeart, Calm Radio, Slacker and Radio Paradise. And select songs seamlessly from the top celestial jukeboxes including Tidal, Deezer, Spotify, Amazon, Pandora – even country-specific services such as Qobuz (France) and Tai (China). “All the music ever recorded?” Hard to prove, hard to argue.

The BluOS operating system was built for wireless from the bottom up. A free download (iOS and Android), the BluOS Controller app ties together every compatible component in your home, makes set-up a snap, flips effortlessly through all your files and sources, and gives you fingertip control of the whole ecosystem. Individual touch controls are on top of the NODE 2i in case your portable device isn’t in reach. Amazon Alexa voice control is in development. And with AirPlay 2 coming via firmware update, you’ll soon be able to chat with Siri as well.

5 months ago
Rated 5 out of 5
Great way to stream HiRes audio
Great way to stream HiRes audio through vintage receivers or newer gear. Better than using the HEOS app on newer receivers which max out at CD audio and with Amazon HD you can't put tracks in the que. Bluesound will allow all of this plus HiRes or Master audio as some call it.
February 8, 2021
Cornelius C
Purchased

8 months ago
Rated 5 out of 5
Perfect streamer for a Tidal customer.
What can I say about this streamer, I love it!! I subscribe to Tidal HIFI, and now with the Tidal connect option for this streamer it’s perfect. I suppose there are better DAC’s out there, but I very satisfied with this one. It converts to HI RES, and MQA what more can I ask for at $625(cad). Try it you will not be disappointed.
January 31, 2021
Joe P
Rated 5 out of 5
Great sounding, extremely versatile music player
Im not new to “streamers”, i bought a logitech squeezebox touch when they first came out.
I have enjoyed it greatly but recently its been having connectivity issues.
Time for a new one ,
This node 2i is in a whole different class.
Very versatile, outstanding sound quality and built very solid.
At the moment im just running it straight into a set of powered monitors and it sounds wonderful, although i will be getting a quality integrated amp soon, to fully appreciate the MQA files from tidal. Hard wired in with Ethernet cable to avoid any wireless issues.
It works great

This review was collected as part of a promotion 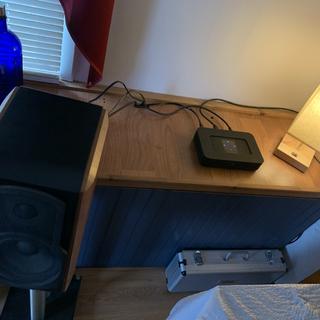 9 months ago
Rated 5 out of 5
streamer NODE 2i
like it a lot...easy setup...great sound...great salesperson...luv it
This review was collected as part of a promotion 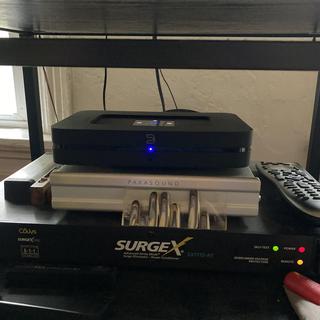 10 months ago
Rated 5 out of 5
Never Knew a Streamer Could Sound So Good
This product sounds great. Using a high res streaming service like Tidal makes it sound even better. It is really easy to operate and I haven't had any issues with the app. I will say though that the app works better with some streaming services than others--TIdal works great, Amazon music not as great (but still completely functional). Highly recommend!
This review was collected as part of a promotion
November 18, 2020
JACK B
Purchased

11 months ago
Rated 5 out of 5
Recreating a live soundstage with MQA recordings streamed with Bluesound Node 2i
Best sound quality listening to MQA recorded music via Tidal.
This review was collected as part of a promotion
November 9, 2020
ELI G
Purchased 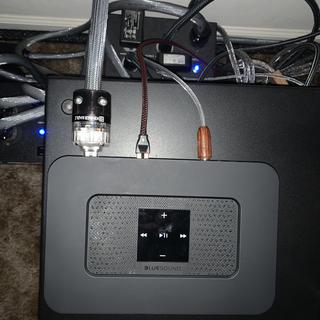 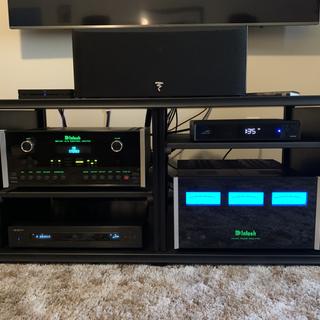 over 2 years ago
Rated 1 out of 5
Doesn't work as advertised
March 27, 2020
LAWRENCE
Rated 4 out of 5
Good All Around Performer
The Node 2i has wonderful features and interface with the Bluesound App.
Their customer service also provides quick and detail responses to questions that may arise.
I had trouble getting a strong connection to my WiFi and Jon screen shared with me and fixed the problem in a matter of seconds.

All the reviews say the player has excellent sound and I agree to a point. Thus the 4 star rating. It has good sound for a $500 player. I personally have a more discriminating ear but to most the sound should satisfy.
The Bluesound Node2i is an excellent starter network player and for some might be the only one they’ll ever need.
This review was collected as part of a promotion
January 7, 2020
ROBERT N
Purchased
1 year ago
Rated 5 out of 5
Amazing bang for your buck.
sounds incredible.
February 11, 2019
customer
Rated 5 out of 5
I like the unit made music sound alot better
Like everything about it. Music is listenable now
This review was collected as part of a promotion
February 1, 2019
eduardo a
Purchased
over 2 years ago