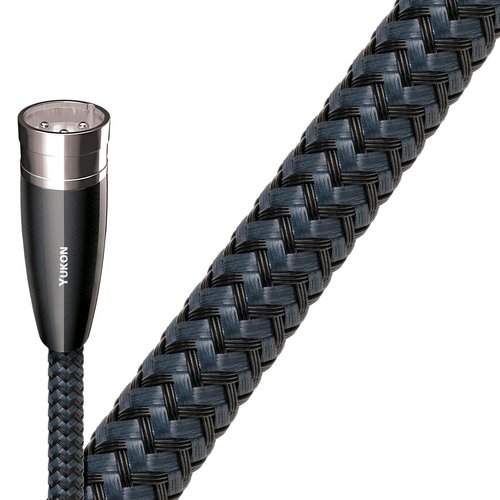 Meaning “Big River” in Athabaskan, the Yukon River starts with the Llewellyn Glacier as its source in British Columbia and empties into Alaska’s Bering Sea. It may have been the first immigration route for North America’s first indigenous humans and was certainly the principal means of travel during the 1896-1903 Klondike Gold Rush. Paddle-wheel riverboats continued as the dominant form of transportation along the river until the 1950s when the Klondike Highway was completed. King Salmon from the Yukon River remains an elusive, but prized delicacy.

Perfect-surface copper+ has an astonishingly smooth and pure surface. Proprietary metal-processing technology protects the wire’s surface at every stage of drawing and fabrication. When high-purity low-oxide copper is kept as soft, pure, and smooth as possible, it becomes a wonderfully low-distortion psc+ conductor. Psc+ is manufactured by applying the same exceptional technology to an ultra-pure copper. The resulting sound quality is even more focused and simply less in the way. For over 30 years AudioQuest has pioneered the use of superior metals; yet even they were surprised by the huge leap in performance made possible with perfect-surface technology. Psc+ simply outperforms all previously available copper metals at any price. All of Yukon's conductors are solid. Electrical and magnetic interaction between strands in a conventional cable is the greatest source of distortion, often causing a somewhat dirty, harsh sound. Solid conductors are fundamental toward achieving Yukon's very clean sound.

Any solid material adjacent to a conductor is actually part of an imperfect circuit. Wire insulation and circuit board materials all absorb energy (loss). Some of this energy is stored and then released as distortion. All of Yukon's conductors use pe air-tube insulation because air absorbs next to no energy, and polyethylene is low-loss and has a benign distortion profile. Pe air-tube insulation causes much less of the out-of-focus effect common to other materials.

The three conductors in “triple-balanced” Yukon cables ensure that whether prepared with RCA or XLR plugs, the positive and negative signals have equally low-distortion conducting paths. The 100% coverage shield is never used as an inferior conductor.