The latest edition to the Sony XM headphones series is here (and shipping now!) You might be wondering, “how does the Sony WH-1000XM5 compare to the XM4s and the XM3s,” “is the XM5 worth the upgrade,” or “what did Sony change between the models?” Stay tuned and I’ll answer those questions and more.

While preparing this review, I spent time with the last three models of the XM series, the XM3, XM4, XM5. I'll touch on the XM3 in a little bit, but I found that there are 5 important differences between the XM4s and the XM5s that I'll focus on in this review:

Sony has changed the unboxing experience by shifting the flashy bespoke packaging of the XM4s for eco-friendly packaging made from post-consumer materials for the XM5s. I appreciate that, because I want more of my money to go into the end-product (not the box that I’m going to recycle) and it's nice to see Sony being more environmentally conscious.

Please note that the lay-flat design of the XM5s makes the case larger in comparison to the XM4 case. If you’re looking for a smaller size and concerned about the footprint they’ll take up in your travel bag, you may be swayed towards the XM4s.

The XM5s weigh slightly less than the XM4s, with the XM5s weighing 8.82oz and the XM4s weighing about 8.95oz. While both models of headphones have a USB-C connection for charging, it's unfortunately just for charging and you can't use it as a straight digital connection to your phone or computer. I was really hoping it did.

There is also an 1/8” analog input that you can use to connect to a standard headphone connector. I’ll use this feature probably more than you will to connect to an external headphone amplifier. I have a handful that I like to play with, and I've found with an external amp they play louder, it adds tighter bass, and clearer vocals.

Fun fact, I found while testing the XM4s and XM5s analog input that they will maintain the Active Noise Cancellation when plugged-in directly, which other ANC headphones typically disable. This is a big selling point for me, because that is a feature I've wanted in a lot of other headphones I own;  I want the ability to still use the ANC if I’m using my external DAC. Like I said, that’s in both the XM4s and XM5s.

The XM4s and the XM5s have touch sensitive controls on the right earcup:

Sony has improved the touch reaction with the XM5s, which if you’ve read some reviews on the XM4s, that has been a point of contention. The XM4s weren’t bad, they just weren’t perfect. It looks like Sony listened and adjusted it for this next generation.

New to the XM5s: A quick 3-minute charge will get you an emergency 3 hours. A 10 minute charge on the XM4s got you 5 hours.

If you want to check how much charge you have remaining, there are a couple ways to find out. A quick press of the power button will summon the Sony voice to tell you your current battery capacity or you can look in the Sony Headphone app. 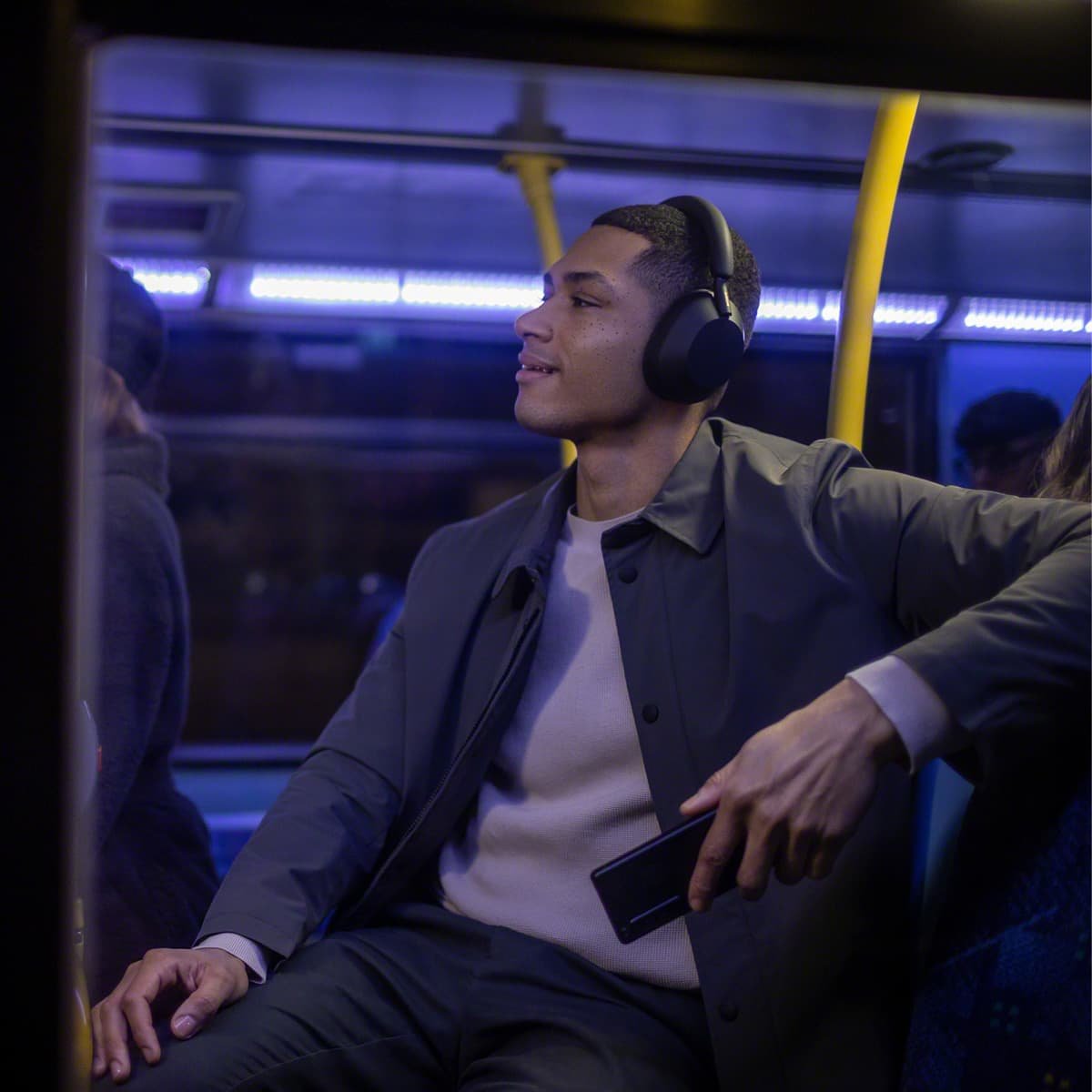 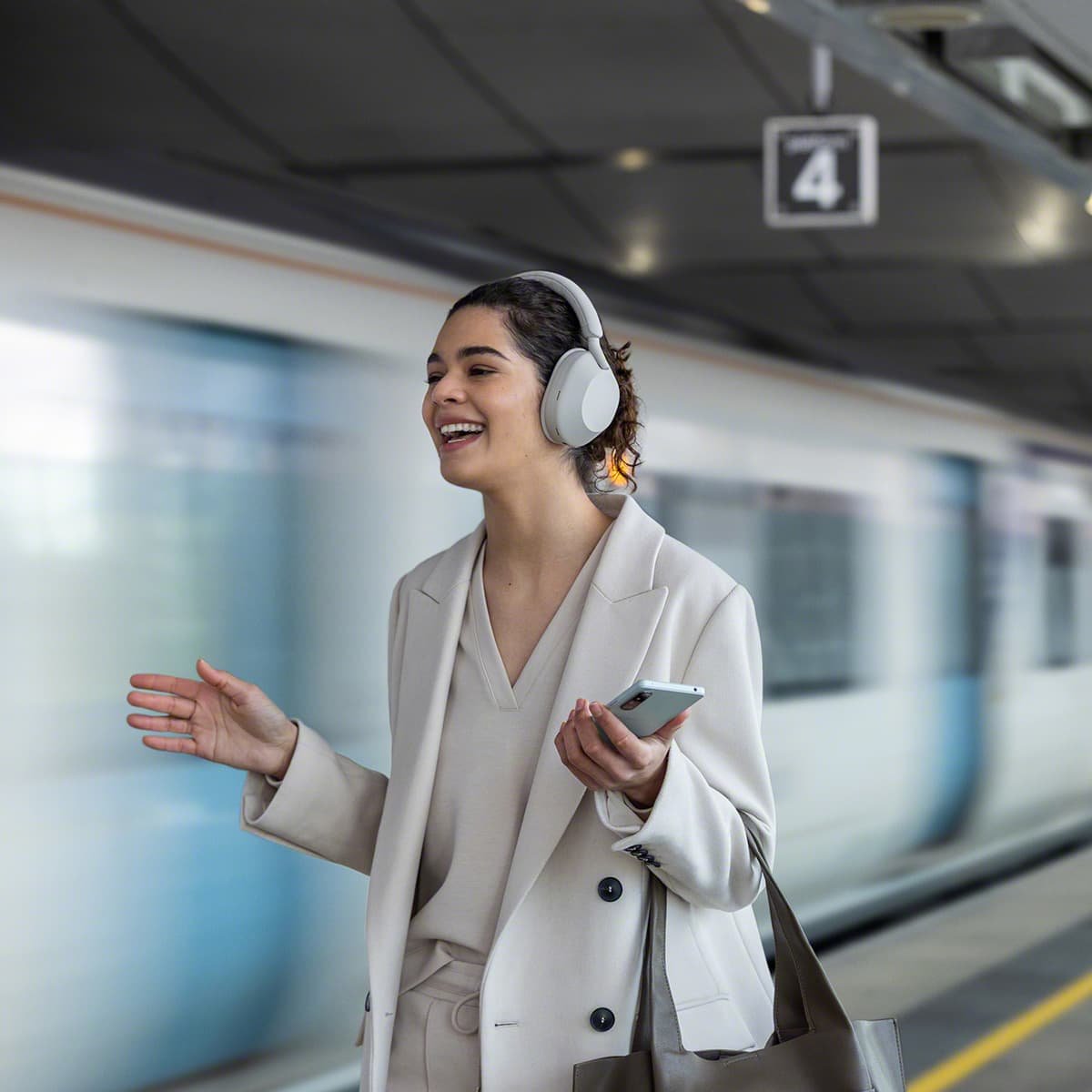 The XM5s got an upgrade in this category - boasting 4 sensors on each earcup versus the XM4's 2. The more microphones means there is more environmental data Sony can extrapolate to help increase performance. There is a significant difference and improvement from the XM4s to the XM5s and you will notice it immediately if you have both to test against.

Personally speaking, the XM4s sound like there’s a slight whirring with the noise cancelling like I can hear it trying to cancel the noise around me when no music is playing. The XM5s reduce those outside sounds even more and do a lot of heavy lifting to help you ignore the outside world. Yes, the ANC does help music play better and calls sound clearer, but sometimes you just want to erase the noise in your environment.

The XM5s win in this category, but I’m not surprised because they take a lead in everything I’ve brought up so far. The proof is in the pudding, and you can hear the difference (or not hear when it comes to ANC).

The XM5s sound the best. Yeah it’s a different driver assembly, they made improvements from the XM4s to the XM5s, and if you have a keen enough ear, you will hear them. It’s not a dramatic difference in sound quality, BUT it’s there. I think it’s just enough to choose the XM5s over the XM4s, especially with everything else I’ve already talked about.

As I previously mentioned, I spent time getting familiar with the last 3 models of the Sony XM series. Below are the differences I found between them:

The two most important parts of the tech specs between the XM4 and XM5s is that the XM5s have jumped to the Bluetooth 5.2 standard and both are offering the LDAC audio format.

All three models have support of LDAC, which is a new audio technology from Sony that can transmit 24bit/96khz audio which allows you to enjoy High Definition audio via Bluetooth, compared to a standard SBC connection which will down res the audio to less than CD quality.

Here’s some other great features the XM4s and the XM5s share that the XM3s didn’t have:

Both the XM4s and the XM5s will pause the track you’re listening to when it picks up your voice. They will engage the Ambient Sound mode which will use the ANC microphones to let the outside world in so you don’t need to remove your headphones to speak to someone. The XM4s can be set for 15 / 30 / 60 seconds while the XM5s cut it shorter to 5 / 15 / 30 seconds. It’s a really handy feature because it automates the process for you and let’s you do less.

While testing it, I found it is not something for me, because I can’t help but sing along. I was surprised at how often this feature kicked in as I provided backup vocals when I got a case of the woah, oh, oohhs. If you don’t want to use this feature, don’t worry; it's disabled by default and you have to turn it on in the app.

You could use the other audio interrupt feature that Sony has on both the XM4s and XM5s. They have a capacitor sensor that knows when you take the headphones off which will pause your music, and it’ll restart when you put them back on. And remember, they both have the cupping feature that reduces the volume and turns on the Ambient Sound mode.

Sony has given you a lot of options when you’re interrupted but make sure you can jump right back in to whatever you were doing.

Another cool feature is that you can split the XM4s and XM5s between two devices. So if you want to jam out to the some music from your computer and be able to pick up a call from your phone, you can. The only caveat is you’ll have to disable LDAC to do so because of the higher bandwidth needed to go to two devices. Which doesn’t matter much to an iPhone user like me because you’re only getting an AAC connection anyway.

If you’re a fan of NFC one-touch, I have some bad news. The XM5s do not include this feature, whereas the XM4s and XM3s do.

I love headphones. They’re one of the many things I collect. I collect them like people collect shoes, bags, or any other accessories. They’re a utility, they’re a luxury, they’re both.

Personally, I’m always on the search for the next one for my collection, and the Sony XM5s have easily made my short list of purchases. The XM5s are going to take the crown from the XM4s for the best Bluetooth ANC headphones, and they’re worth the price. The improvements made to the ANC are clearly an evolution from the XM4s, as well as the other enhancements I discussed. 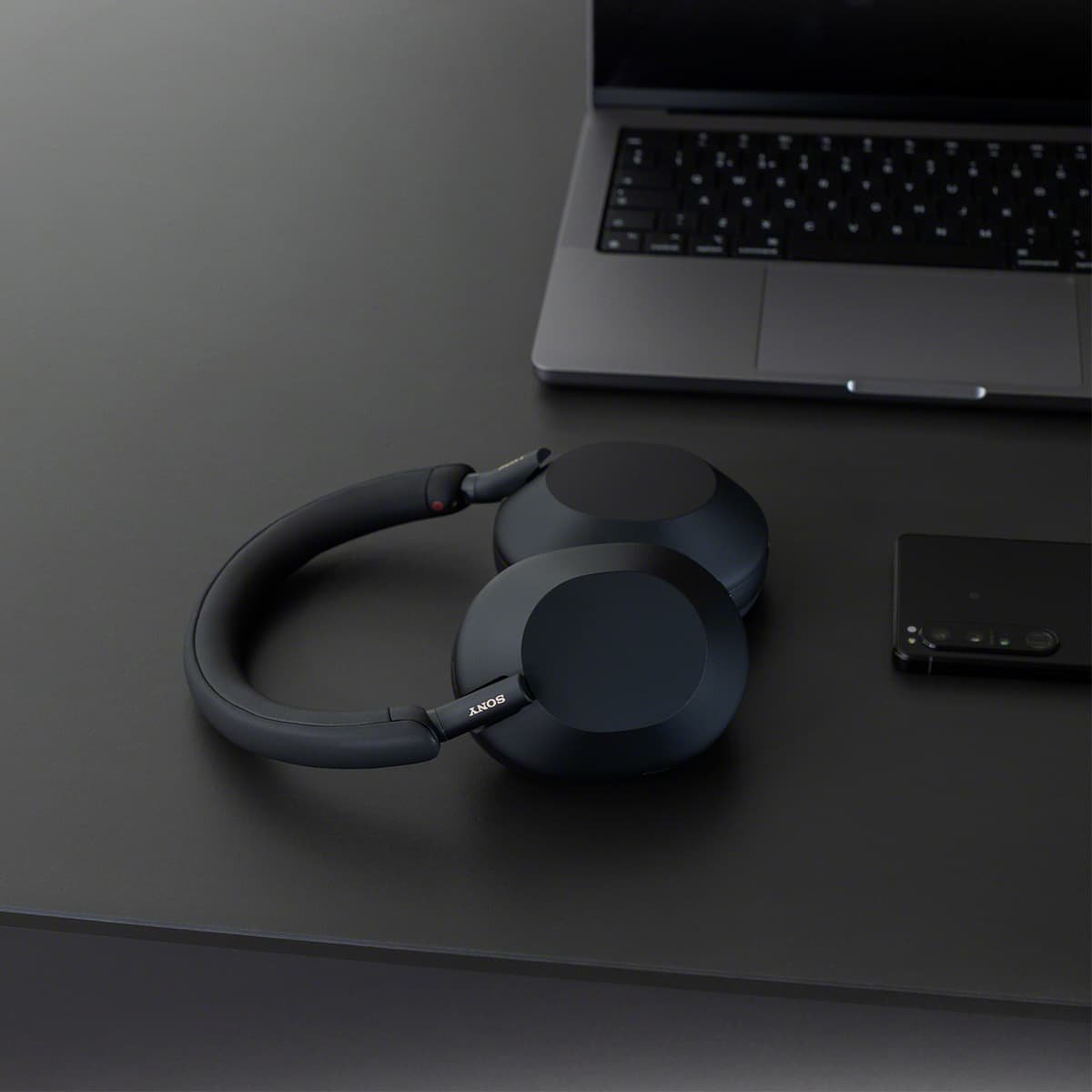 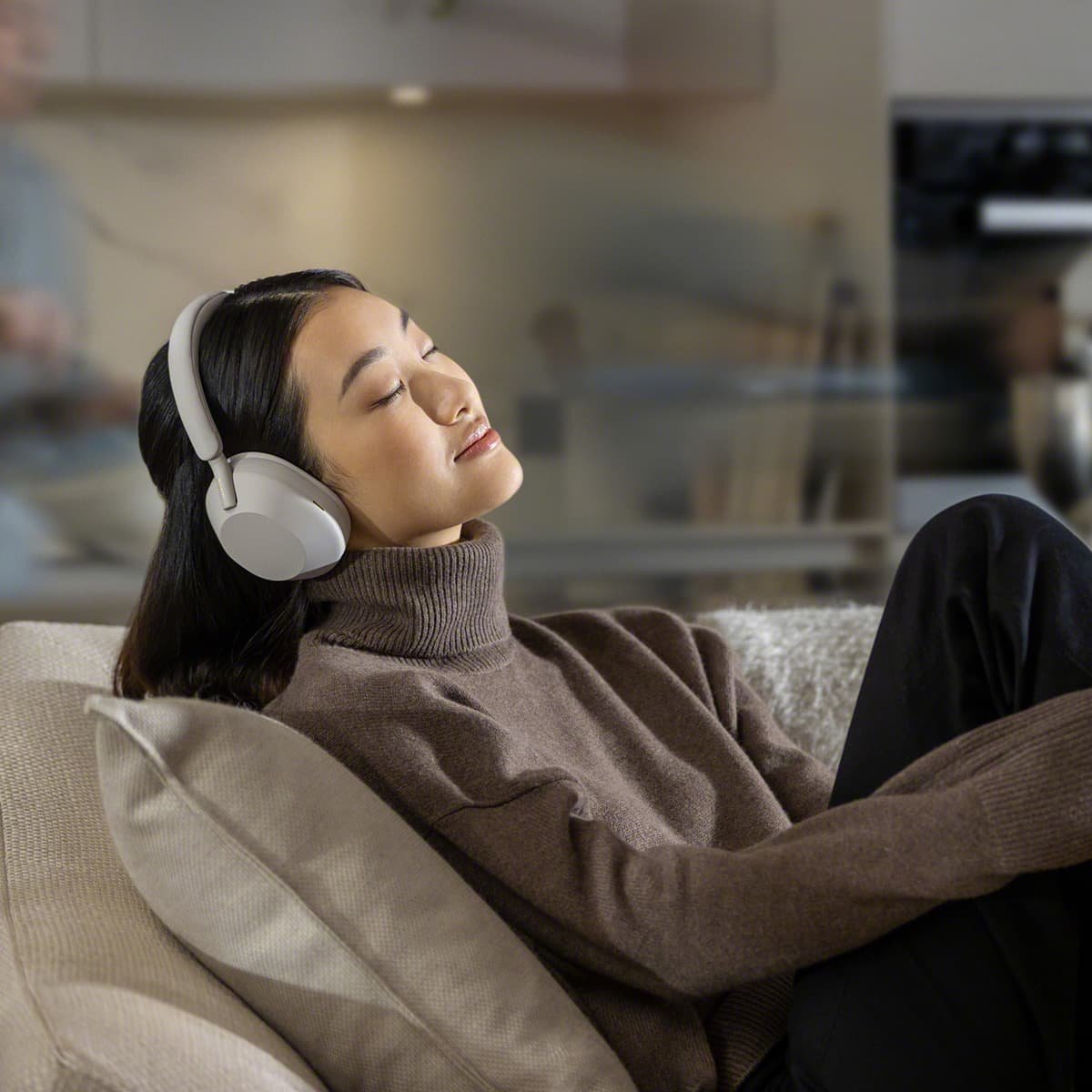 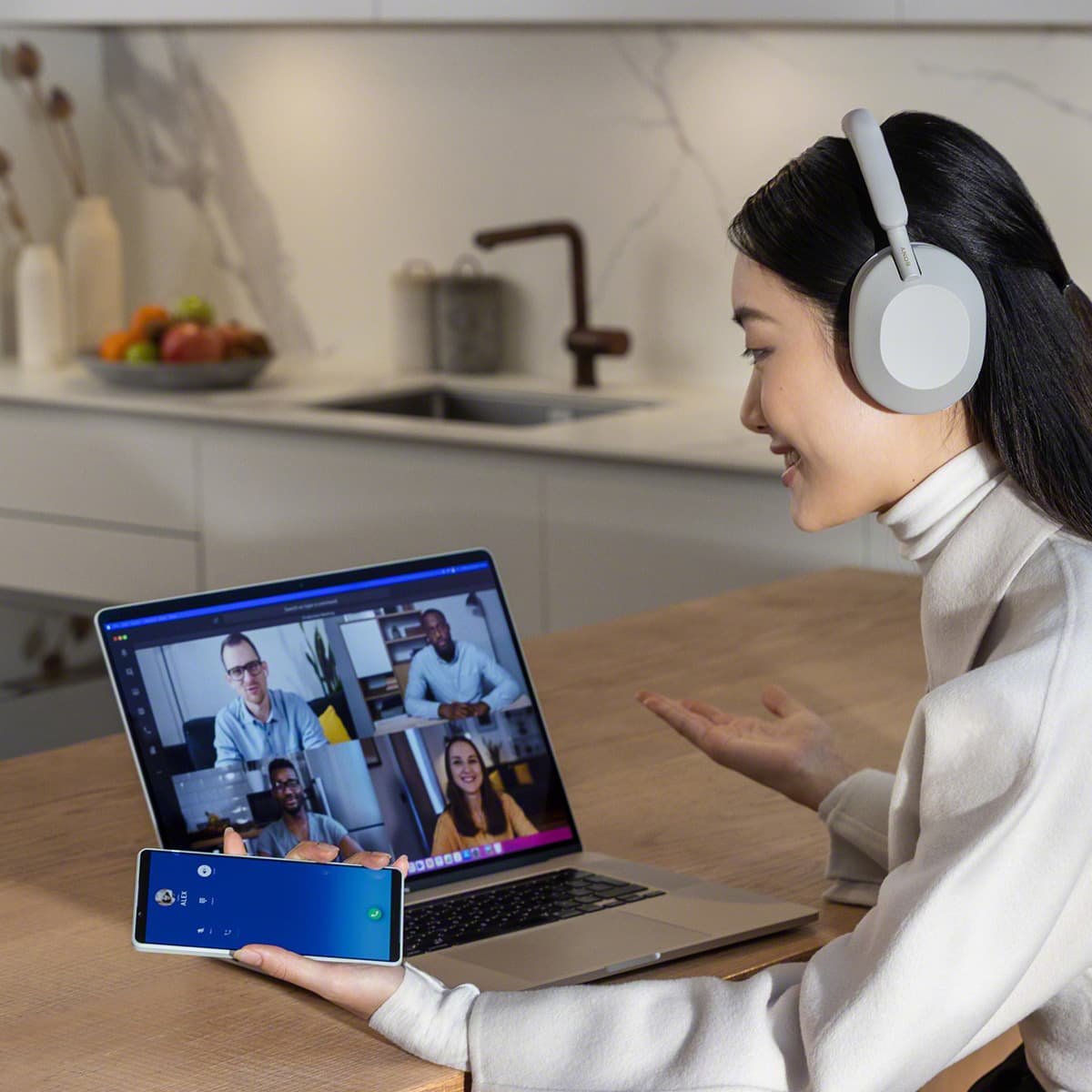 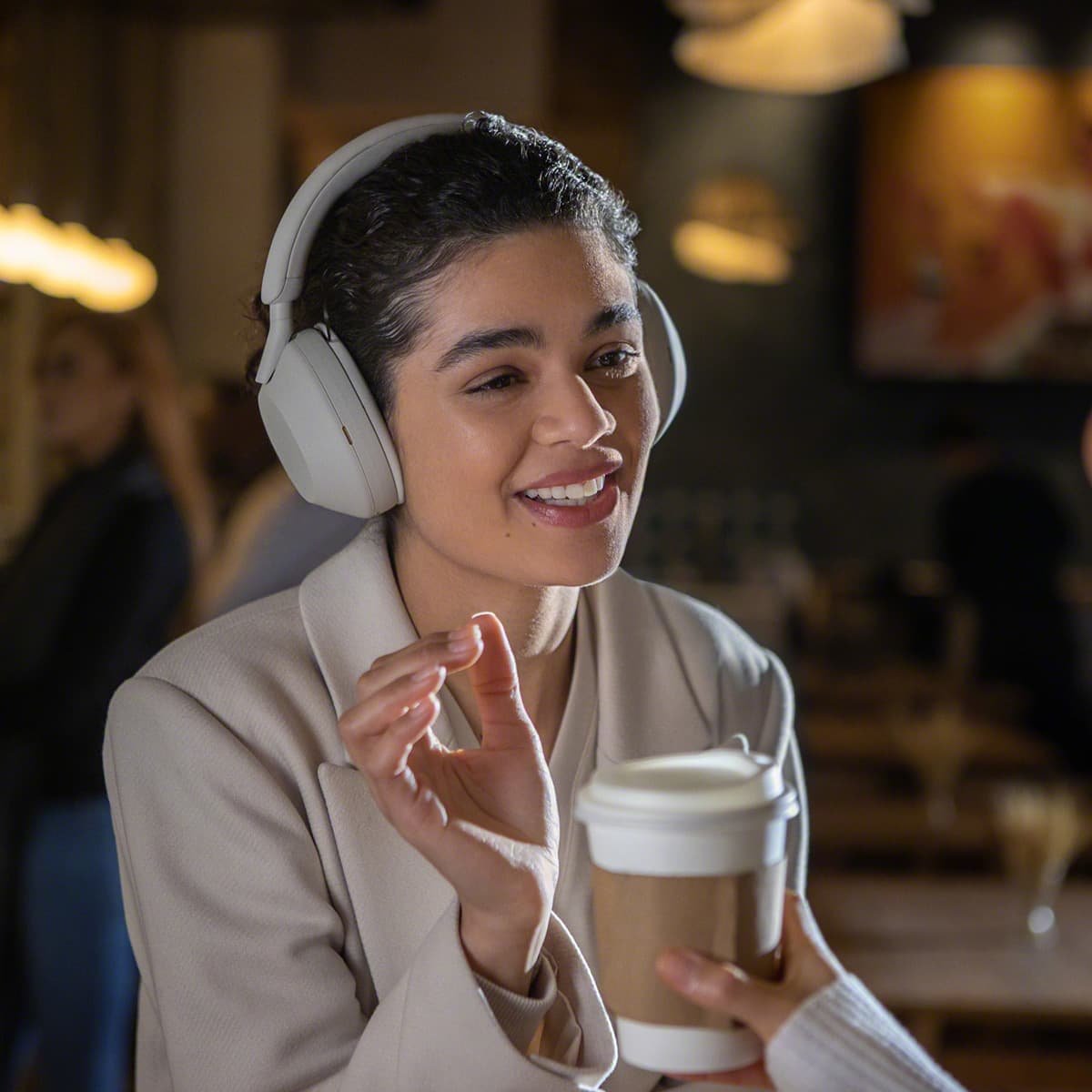 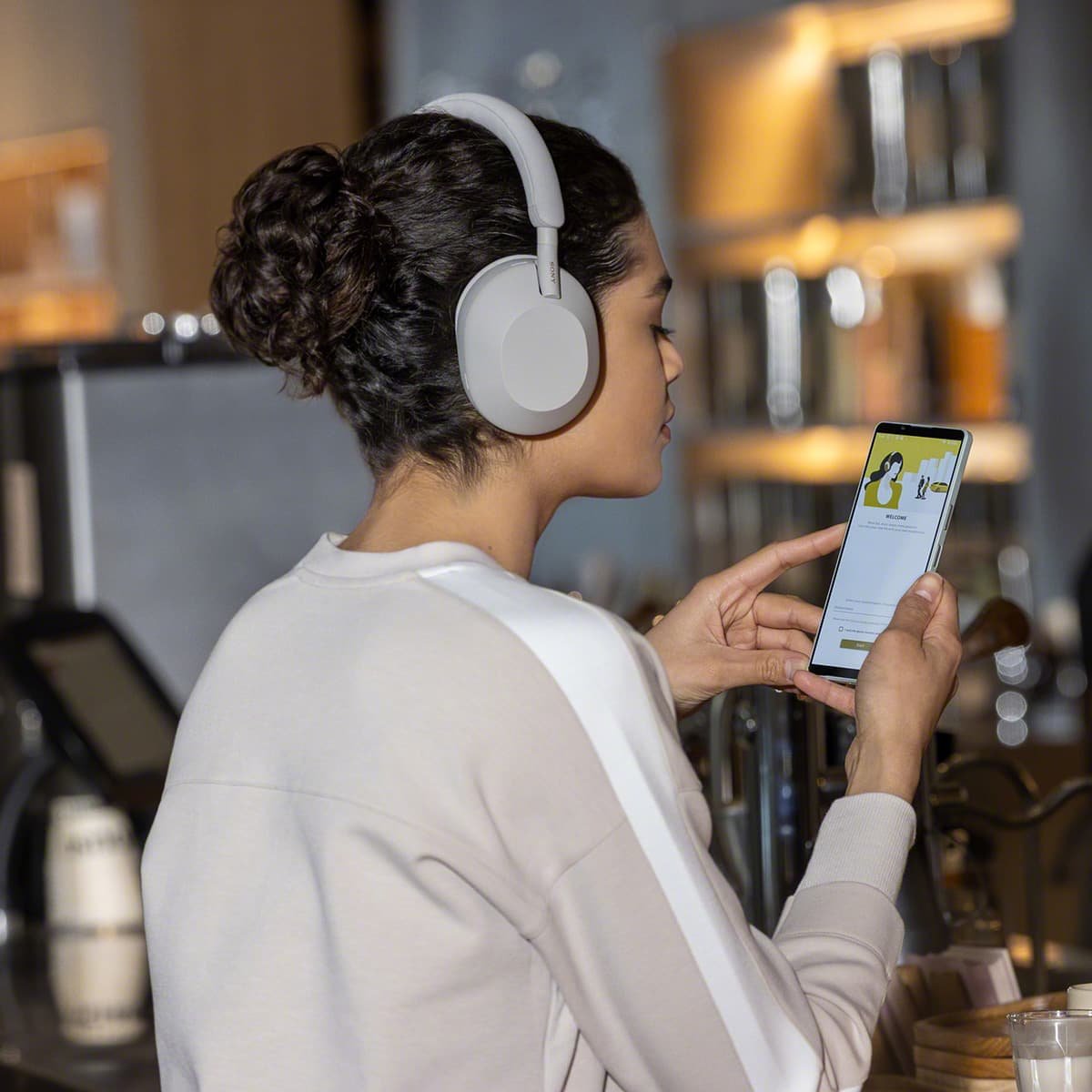 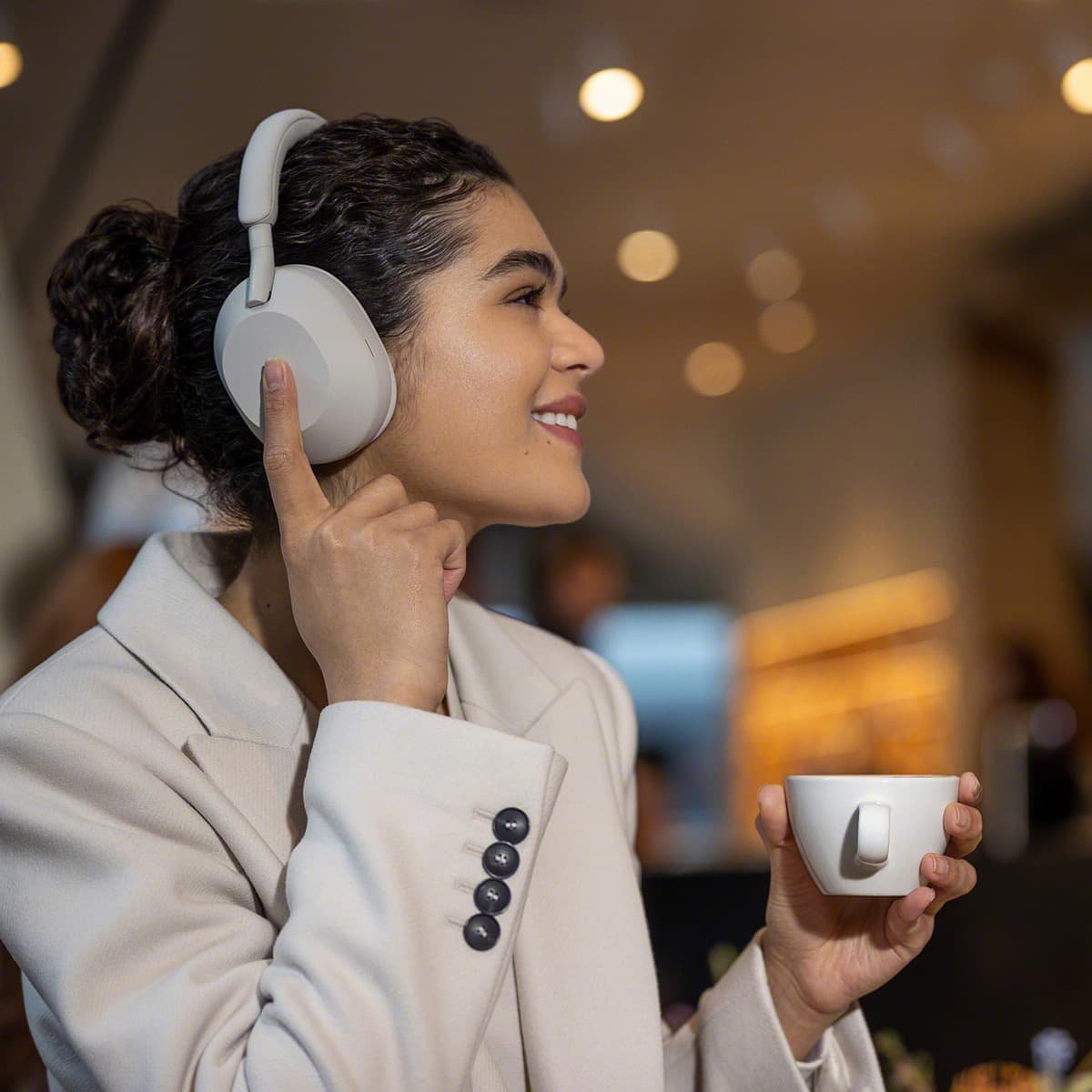 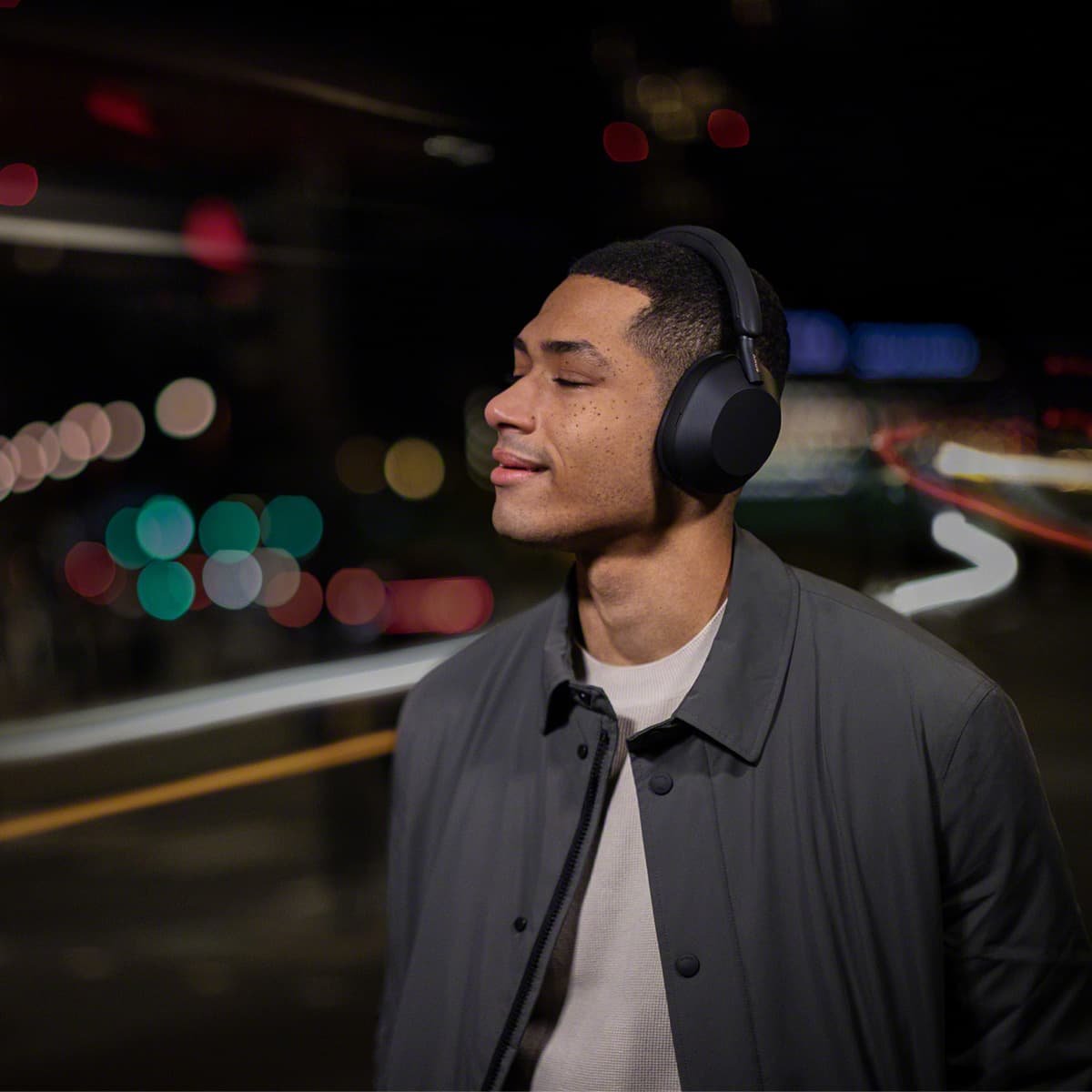 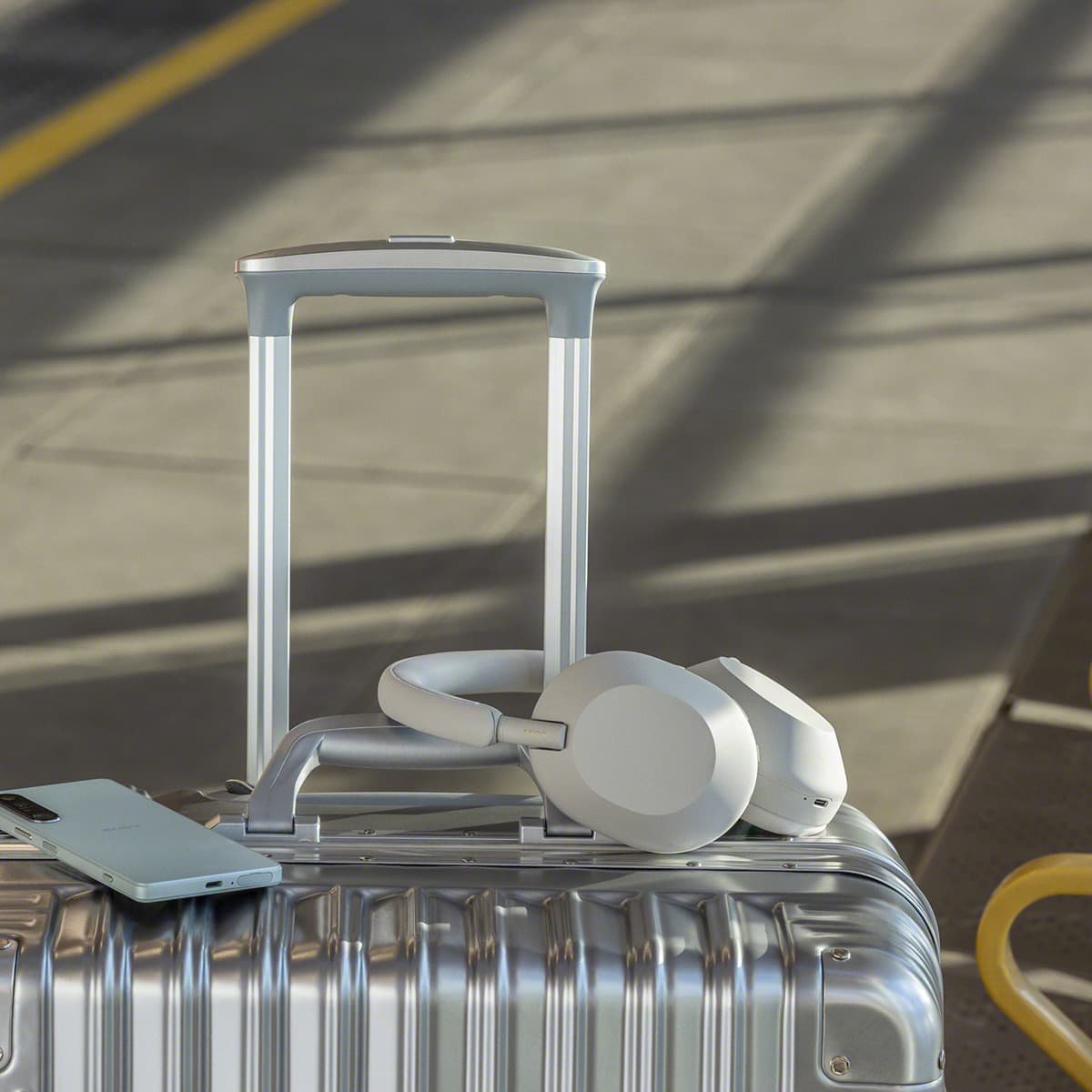