It's always exciting when we bring a new brand to the World Wide Stereo shelves. That's why we're stoked to feature not just one, but four brands we're proud to support: Etymotic, Periodic Audio, U-Turn Audio and MEEM.

From products like headphones to turntables to innovative charging cables, these companies have impressed us.

Of course, beyond each product lies a brand with a unique story. So sit back, relax and learn more about these brands you'll want on your radar (and in your home).

Whether you're considering getting into the vinyl scene or want to gift a loved one with the classic sound, U-Turn Audio's turntables should be on your radar.

Let's play a little Price is Right. Imagine a line of remarkably simple, stunningly beautiful turntables hand-assembled and built to spec from a state of the art facility in Woburn, Massachusetts (in a building that also houses a cabinet maker and a leather specialist). Over 200 perfectly calibrated configurations, screaming colors, state-of- the-art components – most made in the US. And every turntable is shipped ready-to-play, with a cartridge installed and tracking force adjusted after comprehensive wow, flutter and rumble testing.

Are these people crazy? Who cares. They make an amazing product at an amazing price and they so deserve a spot on World Wide Stereo shelves. Browse the Orbit line right here.

A gorgeous, hand-assembled turntable made from beautiful hardwood, to your specifications. A knockout, both aesthetically and sonically. And starting at $179.

Etymotic. Where great headphones get serious.

When Ronald Reagan appeared on television wearing a hearing aid in 1983, two things happened. First, hearing aid sales went through the roof. Second, two visionaries – one with a PhD in audiology and the other an accomplished business leader – started an R&D company devoted to “hearing science” and high fidelity. Enter Etymotic headphones.

Today, some 34 years and 100+ patents later, Etymotic offers consumers the highest frequency response accuracy of all in-ear earphones – and not by a little. The result is crisp, clear notes that aren't shrill and deep bass that doesn't overwhelm your eardrums.

What’s more, independent laboratories prove Etymotic earphones have the highest noise isolation of all noise-canceling earphones. And in some cases, twice as much. This helps protect the ears of everyday listeners, since it reduces outside noise and eliminates the need to crank up the volume too high. After all, the goal of any headphone or speaker maker is to engineer a product that disappears when in use (so there's nothing between you and the music), and we're giving Etymotic high marks on this one.

It's no wonder Etymotic's in-ears are a favorite among some of the world's finest musicians, who the company fondly calls "ETY-Heads," including U2's Bono, Yes vocalist, John Davison, and songwriter/Grammy award winner, Holly Knight.

So yes, that’s Etymotic, and why we’re proud to offer the company’s latest and best in-ear headphones here at World Wide Stereo. By the way, Etymotioc means “true to ear,” and you can check out our Etymotic buffet right here, including an inexpensive set just for kids... made especially to protect young ears.

Periodic Audio. It's all about the elements.

Periodic Audio’s entire headphone line could fit in your pocket. No surprise there, given the company is only a year old (founded by industry legend Dan Wiggins, whose sole goal in life is the pursuit of perfect portable sound) and only makes three pairs of in-ear headphones. It's also no surprise, considering Periodic Audio's core philosophy: create no-frills headphones that focus on the materials and engineering. That's right — not a single dime towards anything that doesn't enhance their performance. Even the products have simple names like "Titanium" and "Beryllium," after the core elements from which they're made.

What is surprising: how impressed the press is with Periodic’s three offerings – and how close they are to higher-end in-ear headphones that cost, literally, 5 to 10 times as much.

Sonically, the Be's performance is stellar, with full, rich bass depth and crystalline clarity in the highs. At $300, users might be expecting more niceties, like a sexier design, or an in-line remote control - but Periodic Audio invests everything in audio performance here.  PC Mag

To sum it up: one company, one obsessed founder, three products, tons of great reviews (like the one above)... all in the first year. (Only in America, folks.) 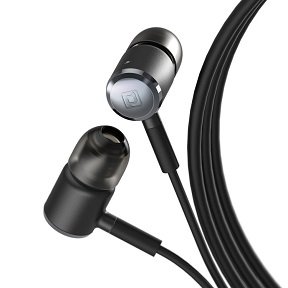 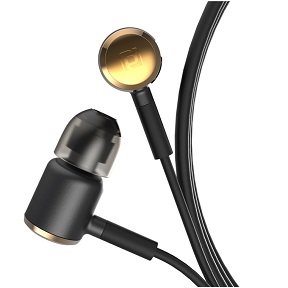 MEEM. (Not meme.) Charge and backup your phone at the same time.

What a great story: a brilliant idea, beautifully conceived and built, raved about by press around the world, born on Kickstarter, made in America.

The brilliant idea: a charging cable that charges your phone while simultaneously backing it up; no PC, no cloud, no fees. (Correct: no fees.) Meaning everything you love is protected automatically – from photos and videos to contacts and calendar on iOS... all that, plus messages and music on Android. And you don't have to ever think about it.

Your MEEM cable can be used to store anything on any device, like any external storage drive. Need space? Boom, done. MEEM also makes it easy to share or transfer files, whether on iOS or Android. Send a photo from your phone to your laptop faster than you can read this sentence.

Materials are solid and built to last, thanks to an aluminum casing that’s pretty much crush-proof. Thank you, MEEM.

Check out our MEEM collection right here, and choose from 16 to 128 GB options.

Now that you've had a chance to meet some of the latest brands to join the World Wide Stereo shelves, we encourage you to check them out! Are there any you're excited to try? Tell us in the comments below.