Display your favorite family photos and works of art after watching "It's a Wonderful Life." Enjoy game day on a fully sunbaked patio, with a warm bowl of chili in hand and snow all around. Follow the Breeders' cup while you shave in the bathroom. Yes, all of this is possible with the right TV. Watch Bob Cole and 93.3 WMMR's Steve Morrison as they check out some of the most innovative TVs at our Montgomeryville, PA showroom.

Bob: It's amazing. And, you know, here at World Wide Stereo we're the only ones who can actually show you, here are three different styles of TVs, three different technologies, maximized so you can compare. But there's so much more to a TV. Come here, let me show you something.

Steve: Okay, Bob, this is amazing but it's just a painting, and I think we're here to look at TVs.

Bob: Yeah, I know. Adam, can you do something about that?

Steve: That is amazing.

Steve: So you can leave up artwork? There's all sorts of artwork available?

Bob: Yeah, you can have a picture of you, and your wife, Claire, and your cat, all in the same thing. You know?

Steve: So you could leave this image up, this static image up, and it won't have an issue with the screen or anything?

Steve: You leave it up, so for someone who just doesn't want the TV always visible in a room, to sort of hide it discreetly. So you have a faux frame here that looks like a full picture. That is crazy. And what is this?

Bob: So say you already have a TV, and you want to buy a frame TV.  You've got a TV, you have affection for it, but somebody doesn't want to see it. Voila. Original art, could be a family portrait again.

Steve: So you can have any TV customized hidden behind this artwork? Your artwork of your choice?

Steve: There's still other ones.

Bob: Let me just show you one more thing. This is the LG Wallpaper TV. Here's a phone. You can see the phone sticks out from the TV.

Steve: The phone is thicker. I would say this is...

Bob:  The phone is thicker than the TV.

Steve: ...about two credit cards together?

Steve: All right, now this has always been the holy grail of the TV aficionado, outdoor televisions. They never look that good.

Bob: I know, I know. They didn't look good, they couldn't handle the sunlight, originally they were clunky, big, ugly boxes. This looks like a regular home TV and direct sun, we have direct sun coming in, you still get a good picture.

Steve: So you can have this out on a fully sun-baked patio and you're still going to see the picture in all it's glory.

Bob: In the middle of the winter with snow all around it.

Bob:It's magic. Steve, let's go. Where are you?

Bob: Yeah, I mean you've got to follow the Breeders' Cup while you shave, brush your teeth.

Steve: That's all I do is follow the Breeders' Cup while I shave.

Bob: Yeah, yeah. Anywhere in the mirror and as big as you want.

Steve: In the shower.

Bob: In the shower.

Steve:  I don't even want to know what you could do with the toilet. That's crazy.

Bob: Oh, we're not going to cover that. We're not covering that.

Steve: So for your sink, your shower, TV all around the house. It's great. Look at the picture on that. It's phenomenal.

Bob: It's a wonderful thing.

Steve: Make sure you check into it. It's available at World Wide Stereo.

Featured products in this video: 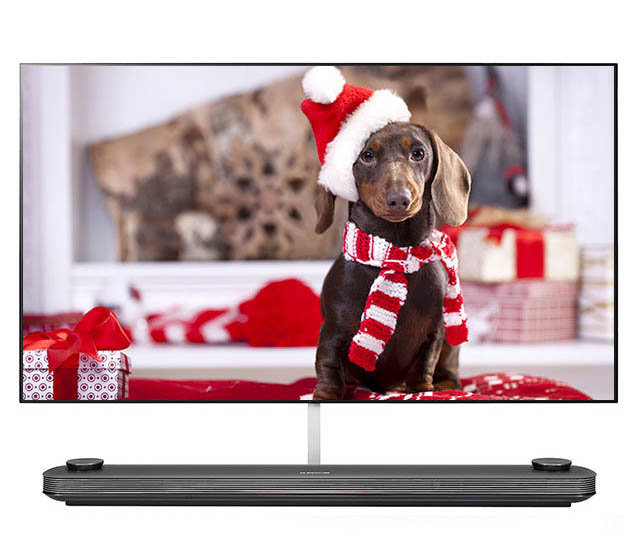 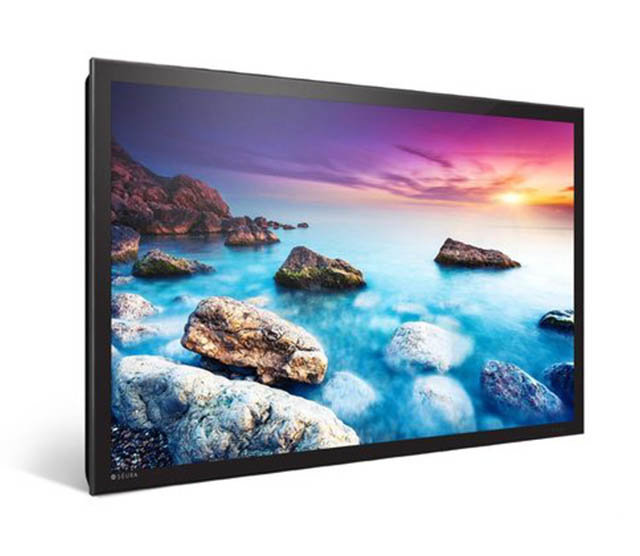