5 Minutes on “The Klipsch Experience Center” with Bob Cole

World Wide Stereo has been a proud, authorized Klipsch vendor for many years, so naturally we’re stoked to introduce our brand new Klipsch showroom to the world. For this post, we talked with  founder and President Bob Cole and one of our industry experts, Glenn Gury, to discuss what makes this showroom and the legendary Klipsch brand so special (along with a few mentions of our Game of Thrones obsession peppered in here and there). Enjoy the read – and be sure to stop by to experience Klipsch for yourself!

Glenn: Good morning. So, here we are in the “Klipsch Experience Center." Nice.

Glenn: I did. I love Game of Thrones.

Bob: You don’t mess with Cersei – Cersie is crazy… Cersei could take care of our Kim Jong Un problem in a weekend.

Bob: The Whitewalkers, too. Jon Snow is talking to the wrong ally…

Note: This was after episode 3 in season 7 of HBO’s Game of Thrones.

Glenn: So, talk to me about this room, why it’s special, why you built it…

Bob: Well, for one… it’s Klipsch. And people who love Klipsch love to turn stuff up, as in WAY up. So the practical reason – we had to – you can’t conduct business anywhere in the store with AC/DC or Pavaraotti or whoever playing at concert-volume levels.

Bob: So we figured… let’s do it right. We invited the Klipsch folks down, and they helped, and together we built a sound-proof, studio-quality audio environment to demonstrate, once and for all, what makes Klipsch, Klipsch. We put in these cushy chairs, and now we’re inviting all to get cozy and spend as much time in here as they like, listening to whatever they like, as loud as they like.

Glenn: In a sentence or two, please tell everyone who doesn’t know Klipsch, why they’re special, or what you mean by “what makes Klipsch Klipsch.” 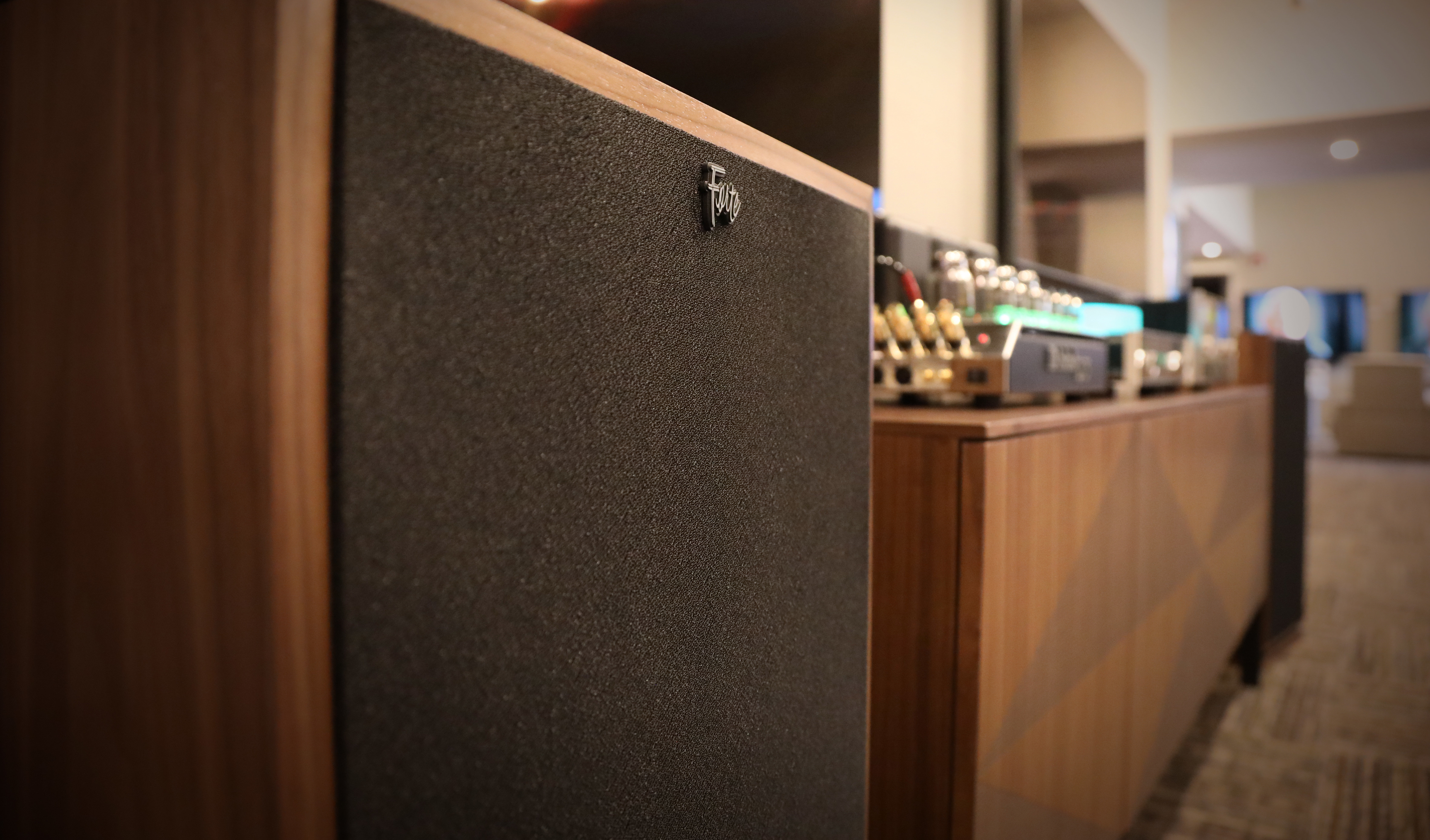 Bob: Klipsch is sort of like the Harley Davidson of the speaker world… an American company with a storied past, started by a guy totally obsessed with replicating perfect sound. Klipsch is bad ass, and I mean that as a sincere compliment.

Bob: Paul Klipsch, madman, maverick… one of the first inductees in the Engineering and Science Hall of Fame. After the war, in the mid-40s, he invents and patents the Klipschorn® speaker, or what everyone’s been trying to copy for the last 70 years. If you’re ever in Hope Arkansas, check out the Klipsch Museum of Audio History. Paul Klipsch should have his own Ken Burns documentary.

Bob: He’d go to meetings with ‘bull” printed on one of his lapels and “shit” on the other. His way of calling bullshit on competitors who were always claiming “another breakthrough” in their advertising. 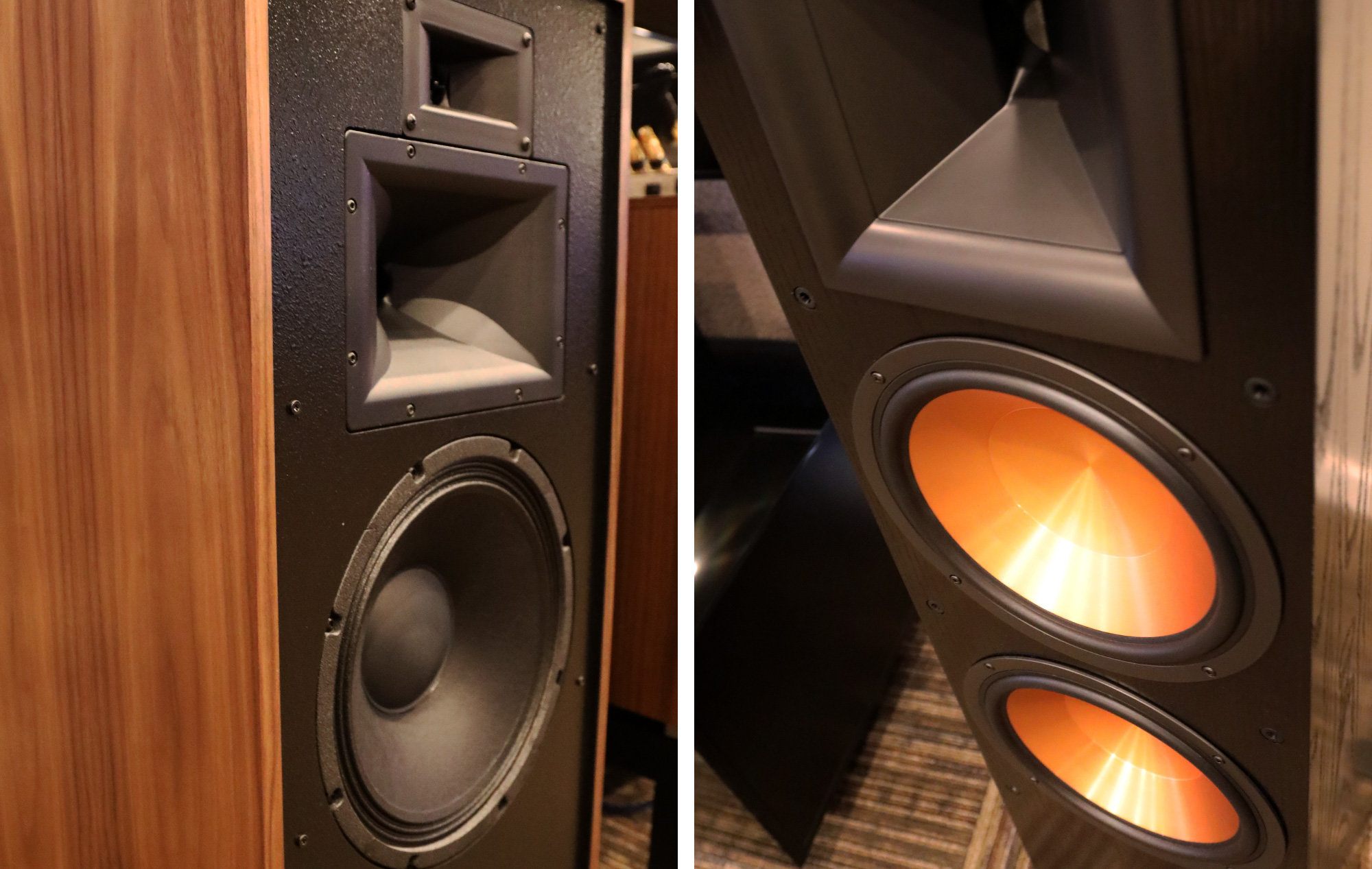 Glenn: But he made a mean speaker…

Bob tees up and plays Bruno Mars “Uptown Funk,” Squirrel Nut Zippers “Put A Lid On It” plus a minute from “Tales of Topographic Oceans (I was a Yes fan way back) on two huge floorstanding speakers from the Klipsch Heritage Line. I came away wanting to thank the madman. In a word: giddy. That’s how I felt at 11AM in the morning listening to music I’ve heard many many times before. Giddy.

Bob: Right? Now, I have a question for you.

Bob: Lady Mormont. Does she wind up on the Iron Throne?

Glenn: That would be awesome. Anybody but Baelish.

Bob: What a creep.